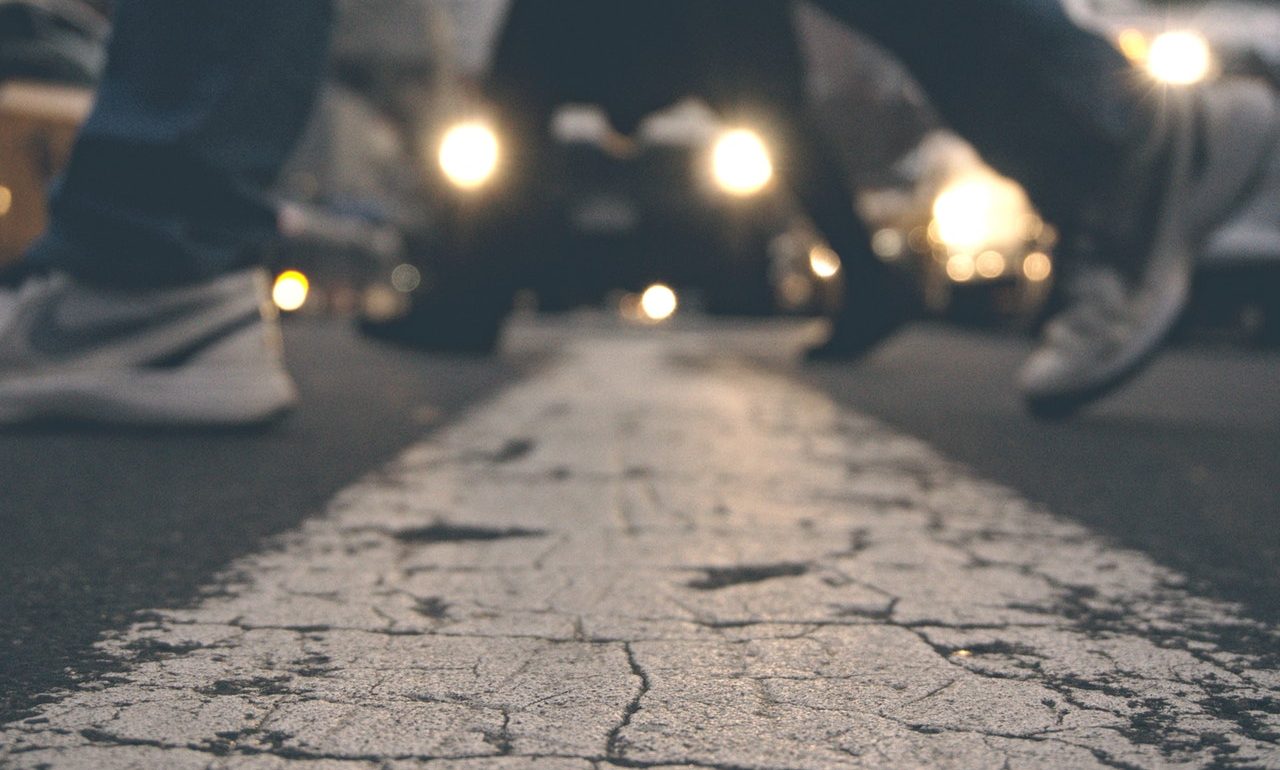 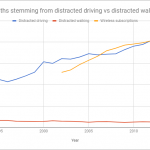 Injuries and deaths from distracted driving vs distracted walking in Ontario

As we mentioned last week, a private member’s bill that would ban “distracted walking” has been proposed. We delved into the numbers, and discovered that not only is the impact of distracted walking extremely small compared to other road safety concerns, but that the proposed legislation, through victim-blaming and distracting from real safety solutions, would do more harm than good.  Here’s a few things others are saying:

… we think you get the idea. 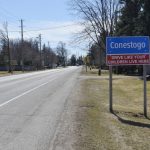 Image by Magnolia677 on Wikipedia licensed under Creative Commons.

Meanwhile, Woolwich’s “Drive like your children live here” signs get featured in Greater Greater Washington’s list of “five street signs that really mean the street design is wrong,” as they shame motorists who drive according to the roadway’s design but do nothing to provide sidewalks for the kids for whom they purport to show concern.

The new normal for public events in the city, I guess. At least until public city space is permanently protected from cars. pic.twitter.com/YXvxcOJMcY

Consultations for proposed stage 2 light rail routes through Cambridge will take place November 21 and 28, in Galt and Preston. Meanwhile, the Region is being vague about the start of testing vehicle 502, saying only that it will begin “within the next two weeks,” while also releasing video of more (overdue) vehicles being tested in Kingston:

Friday is the last day to send comments on the proposed 2018 GRT route changes. Getting the bus route redesign right to integrate with ION light rail and provide fast, efficient service will be critical to the overall transit network’s future success.

As Wellesley mulls municipal sidewalk clearing, Kitchener looks for “snow buddies” to shovel sidewalks for residents who can’t clear sidewalks on their own, as required under present bylaws. We’ve written before about the deficiencies of the present do-it-yourself sidewalk clearing regime.