“I’m less certain about municipal snow-clearing of sidewalks. I understand the value, but also question the costs involved vs. one’s civic duty to clear their sidewalk of snow (as they need to clear their driveway regardless). To be frank, it’s one of those ideas that would be ideal if it weren’t for significant associated costs.”

“Snow clearing is important, but one must consider that a citizen may not be able to clear their snow right away.”

“The concept of having municipalities clear sidewalks is very interesting and also quite expensive. Where would these funds come from? Higher taxes? Cuts in trail & roadway budgets?”

“Whenever possible and if it is affordable, I would make certain pathways are cleared of snow.”

“I think it is important to address the need for sidewalk snow clearing to be a priority within the City.”

“Also, we must take walkability seriously, with all four seasons in mind, ensuring that the summer walkability for residents of all mobility ranges can be enjoyed in the Summer and similarly in Winter.”

“We need a much better effort on the clearing of sidewalks in the winter, I would push for more bylaw enforcement on that issue, although the first line of defense is a neighborly reminder. However I think the teeth of the bylaw could be used more often.”

“Consistent enforcement of by-laws to make sidewalks safe, such as snow removal, would increase winter walkability.”

“Snow clearing of sidewalks is an expensive project and would normally be covered by the cities. For a start, I would like to see the pedestrian walkways between suburban streets and main roads or streets and trails shoveled. Children use them going to school.”

“Clearing sidewalk of snow for residents is a City of Kitchener problem and I look forward to hearing their comments.” 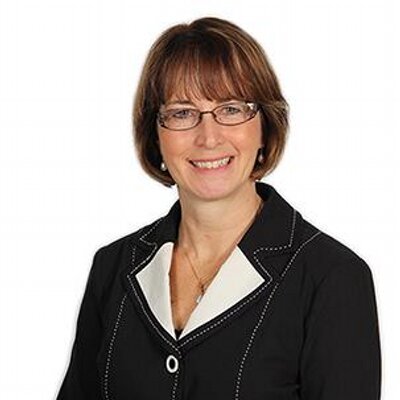 “Many people here walk to get around and also for recreation. We will continue to provide sidewalk clearing in the winter as needed and desired and ensure crossings are ramped. Sidewalk maintenance and safety should continue to be included in our infrastructure plan.”

Our 2010 survey contains even more insights into councillor positions:

“YES. For seniors, for cyclists, for everyone. We work hard to keep the roads cleared.. the same priority should be given to cycle paths and sidewalks.”

“This would require a significant resource infusion but would certainly allow the City to achieve its alternative transportation goals as well as improve health and quality of life in neighbourhoods. It would also require significant consultation on how best to assign clearing priority, given the existing system is already under considerable pressure and criticism by many in crescents and cul-de-sacs across our City.”

“Sounds wonderful if it can be afforded without a rise in Taxes.”

“I agree that we should try and clear as much snow as possible. The city cannot afford to clear all sidewalks at the moment but we should start with school routes and bus stops. These need to be cleared in a timely manner.We should also go ahead and clear snow from sidewalks where the home owner has not done so in the reasonable time frame and add the bill to their taxes as oppossed to a ticket or fine.”

“Again, being cost-conscious, I cannot support the expansion of snow removal services. I would rather see snow-removal inconsistency be dealt with more seriously. I absolutely believe the public must do their part to keep costs down for everyone.”

“I would tend to support the concept of the City clearing sidewalks/bike lanes/trails. To fully answer this question I would like more info as to the costs that would be involved.
However, there is no doubt in my mind that if we want to encourage alternative forms of transportation of this sort that it must be a 365 day a year alternative. In the long run I believe the benefits will surpass the costs.”

“It is a costly endeavor to shovel all of the streets/paths in the city but there may be ways that we could do this without incurring extra costs. It is frustrating to see city staff plowing down the sidewalk where the property is owned by the city and then to pull off leaving a pile of snow for the residents to shovel away. I would like to research the possibility of this more.”

“I think clearing snow from sidewalks, bike lanes and multi-use trails is something to consider but it needs to be looked at with other budget priorities. These are cost prohibited services and well I don’t disagree with it I believe it needs to be looked at in the budget process and with input from residents of the city. Kitchener did look at the cost of clearing all sidewalks within the last two years. It was going to be a costly adventure and I believe the input collected from the residents was they didn’t support the increased cost for the service.”

“Yes, would support such a move [the city clearing snow from all sidewalks, bike lanes, and multi-use trails as it does for roads]”

Clearly, many of our elected representatives are open to dialogue about how to do sidewalk clearing better. To contact your councillors about the topic of winter sidewalk maintenance, use our councillor contact form.