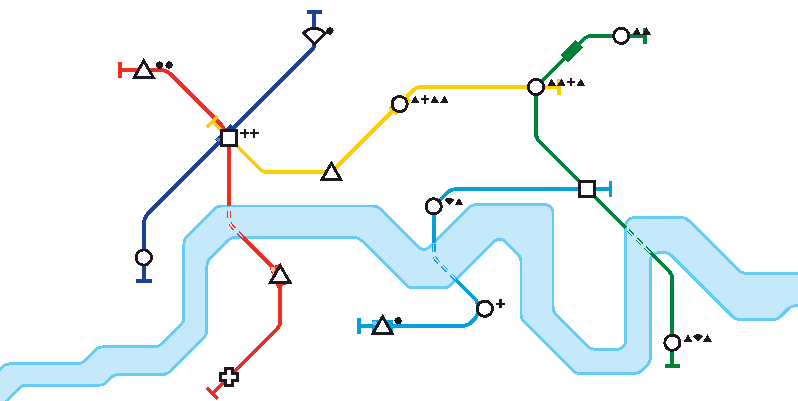 Increasingly, transit agencies are realizing the importance of the user experience and public perception to  ridership.  TriTAG has long maintained that bus-wrap ads not only make taking transit unpleasant, but they also severely dilute GRT’s brand into rolling advertisements.  We’re hopeful that wrap ads never appear on the ION, and that the Region eventually realizes how much brand-value is lost by covering up entire sides of their buses. END_OF_DOCUMENT_TOKEN_TO_BE_REPLACED

It’s Committee week at the Region, which means lots is happening. But first, two other things. Our almost-monthly pub night is tomorrow evening, and you should join us!

Today, the Ontario Coroner’s Office has released its Cycling Deaths Review (HTML / PDF). I have not read through it yet, but it is supposed to claim that all the cycling deaths it looked at were preventable. It also recommends a mandatory helmet law for everyone, which is deeply problematic if the goal is making cycling a safer and larger part of the transportation system. We’ll have more on this later.

Tomorrow is Committee day for the Region of Waterloo. Agendas are always posted here at around 4pm on the preceding Friday. Typically, most issues and reports go to initially to the appropriate Committee, where motions are made, to be finalized at the full Council meeting on Wednesday of the following week. (See Council agendas.) As the standing committees are currently composed of all the councillors, the decisions are effectively made at the committee level, with rare exceptions. END_OF_DOCUMENT_TOKEN_TO_BE_REPLACED

Interesting recent news and links from our region and around the world:

The City of Waterloo is looking at redesigning Columbia Street / Lexington Road between King Street and Davenport Road, with a complete streets approach. Public Information Centre this Thursday, April 28. Details at the City’s website.

Regional Council last week approved a road diet and bike lanes for part of Frederick Street in Kitchener, bike lanes for a missing link on Fischer-Hallman Road, and the last phase of public consultations on Rapid Transit. Details in the April 12 Planning & Works Committee agenda.

The Region of Waterloo is planning to rebuild University Avenue in 2013 between Weber Street and Lincoln Road, with a proposed new design including on-road bike lanes. A Public Consultation Centre has already been held, and comments are due by April 29. Details starting on page 94 of that same April 12 Planning & Works Committee agenda.

The last round of Rapid Transit consultations will begin next Saturday.

The Record reports on a battle between bike lanes and parking spots in Cambridge.

Raise the Hammer writes about forgiving and unforgiving approaches to street design in Hamilton.

The Federation of Canadian Municipalities wants us to tell party leaders to #CutMyCommute.

Take the Lane reports that there will be an Active Communities Summit in Guelph on May 27.

Streetfilms shows the support for the two-way protected bike lanes on Prospect Park West in Brooklyn.

Streetsblog: Despite the gridlock of New York City’s bridges, they carry far fewer people now than they did 70-80 years ago, when they had dedicated space for transit.

Streetsblog: Since pedestrian plazas have been installed on Broadway and Times Square, air quality has dramatically improved.

Streetsblog: In Portland, there is massive demand by businesses for replacing on-street parking with bike corrals.

Copenhagenize: Western Australia has a short video encouraging drivers (and not only) to slow down and enjoy the ride.

The past week or so has seen a lot of talk about Rapid Transit in Waterloo Region. A round-up of media reports and opinions follows.

Reporting prior to the meeting:
Support for light-rail trains gets boost – The Record
City wants trains: Officials surprised by public opinion in Cambridge – Cambridge Times