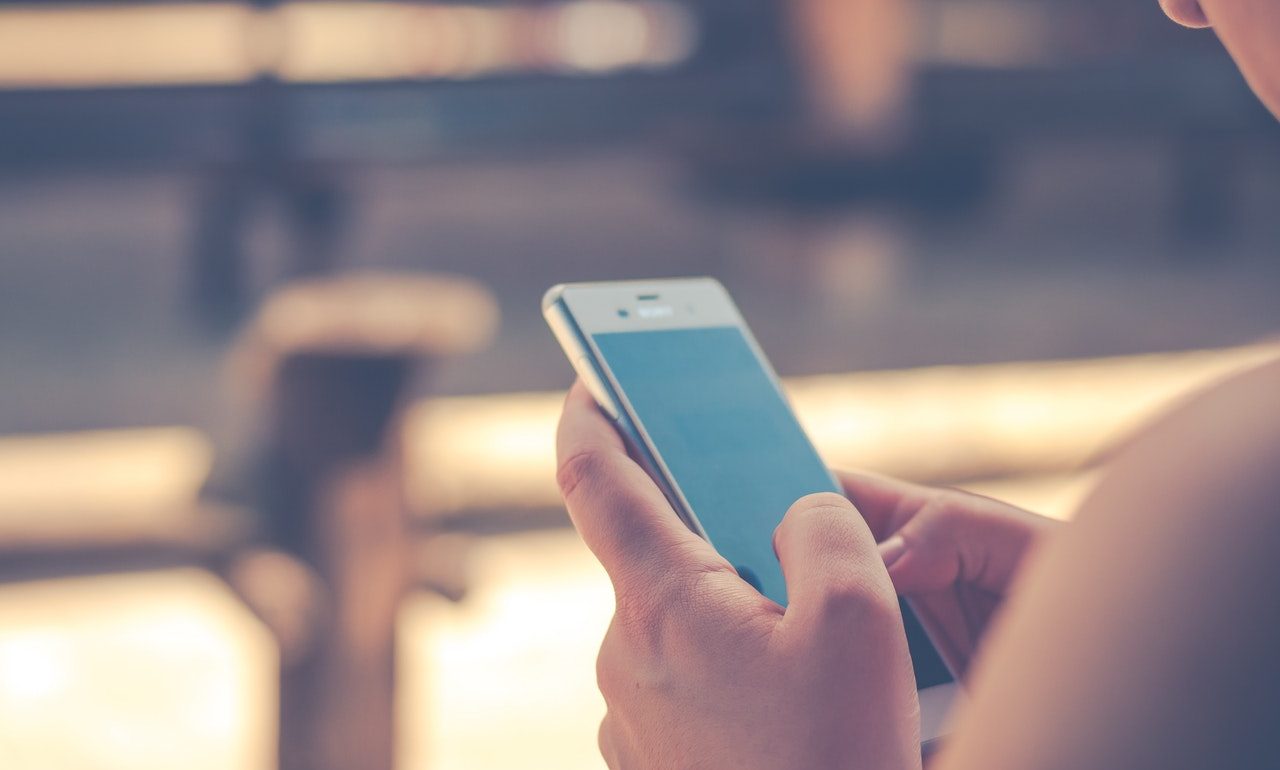 On Monday, Etobicoke Centre MPP Yvan Baker unveiled his private member’s bill, the “Phones Down, Heads Up Act,” which would impose fines on pedestrians who crossed the street holding a mobile device. It’s the latest in a series of so-called “zombie walking” laws intended to crack down on the alleged scourge of “distracted walking.”

In any legislation intended to alter behaviour, three questions should be asked. First and foremost: is the issue actually a problem? Second, will the proposed measures actually work to address the issue? Finally, would the measures have any other consequences that should be weighed against the assumed benefits?

So, is distracted walking a pressing issue? Anecdotally, many drivers will tell you it is. But what do the numbers show? We’ve seen a steady rise in distracted driving collisions as mobile phones become more prevalent, so we might expect a similar trend with walking. We’ve plotted both over the last two decades in Ontario: 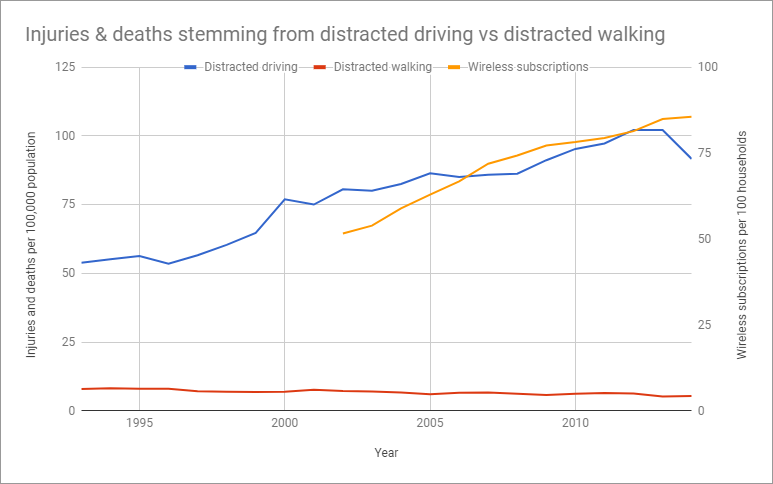 Injuries and deaths from distracted driving vs distracted walking in Ontario. Data sources listed at the end of the post. 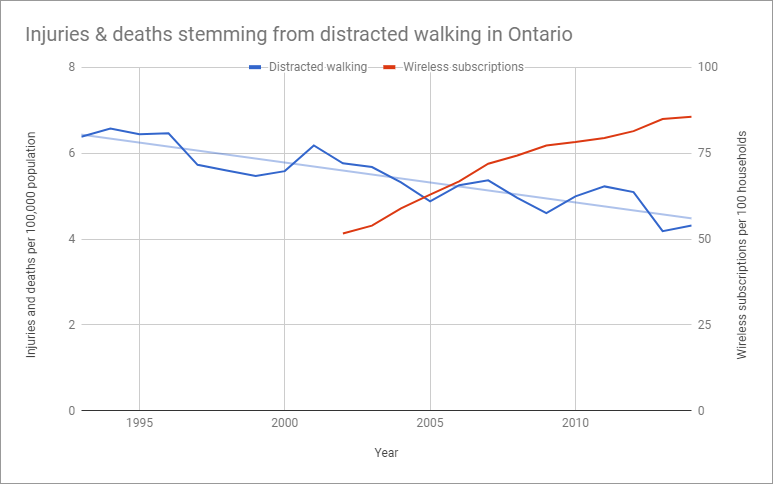 Injuries and deaths from distracted walking in Ontario. Data sources listed at the end of the post.

Contrary to claims by MPP Baker, collisions stemming from distracted walking are actually decreasing in Ontario!

How is it possible that, in spite of frequent sightings of people looking at their phones, distracted walking collisions are relatively infrequent? Some research suggests people slow down their walking when they’re looking at their devices, enabling them to avoid obstacles and not walk into trouble inadvertently. This compensation for risk isn’t foolproof, but it does a lot to mitigate the effects of being distracted.

Closer to home, the Region of Waterloo annual collision report indicates that pedestrians have been ‘inattentive’ in about 15% of collisions over the past five years, though that doesn’t mean they were found to be at fault in all such cases (or that they were looking at phones – it could just mean they didn’t look both ways). Indeed, in only 14% of collisions was a pedestrian crossing without the right-of-way.

By contrast, in only 23% of collisions with pedestrians was the driver found to be driving properly. If a driver makes an mistake and speeds into your path, it’s not clear how having your cellphone tucked away will change the outcome.  If the goal is to save lives, reducing or mitigating the effects of driver error seems like a much more effective place to start.

Regardless of what has greater impact, MPP Baker indicates that if just one life were saved by his bill, he’d feel it was worth it. The deterring power of fines is brought into question when we look back at that first chart and recall that Ontario introduced its first distracted driving law back in 2009. If there’s any evidence of lives saved by that legislation, it’s not in the numbers – injuries and deaths keep climbing until sometime around 2012. And if self-preservation isn’t sufficient motivation to pay close attention to the task of crossing the street, what’s the remote risk of a $50 fine?

Which brings us to our final question – what’s the harm?

First, victim-blaming. Police wouldn’t have resources to enforce this universally (nor would this be necessarily prioritized if they did) but it seems likely that this charge would be applied after a collision has occurred, adding literal insult to injury. Worse, it could be applied even if a pedestrian possessed right-of-way, reducing the culpability of drivers who broke the rules by failing to yield.

(What about when a pedestrian doesn’t have right-of-way? Well, stepping into traffic in that instance is already against the law, so it’s not clear what an extra charge accomplishes.)

The idea of penalizing pedestrians feeds a narrative of “equal responsibility” for safety on our streets. Equal responsibility claims that everyone has an equal contribution to make to road safety, whether walking, cycling, driving, etc., when simple physics tells us this is not so. The power imbalance on our streets is massive, and our traffic laws ought to counteract that imbalance. Being reckless with your own safety is a very different thing than being reckless with the safety of others.

We also need to recognize that we can’t all avoid being mowed down when a driver makes a mistake, because we all have different abilities when it comes to perception, mobility, and cognition. Our crosswalks ought to be inherently safe enough for those who see less than someone engrossed in their phone, or who shuffle along more slowly.

Beyond victim-blaming, such a law runs the risk of being used by police to target vulnerable groups. The additional traffic enforcement scrutiny minorities endure is well-documented.

Finally, the notion of distracted walking is itself a distraction from the things that would actually make our streets safer – street design. Two thirds of pedestrian fatalities in the last five years in Waterloo Region took place mid-block, where there were no traffic signals. We need to ask why pedestrians were crossing there – were there no safe crossings nearby? For every 10 metre reduction in the distance between traffic signals, there are 5% fewer pedestrian crashes. Successful design recognizes human instinct to walk the shortest distance between two points and ensures safe crossing points are frequent.

There are many things we can do to meaningfully reduce the number of pedestrians being struck and hurt on our streets. Penalizing distracted walkers isn’t one of them.