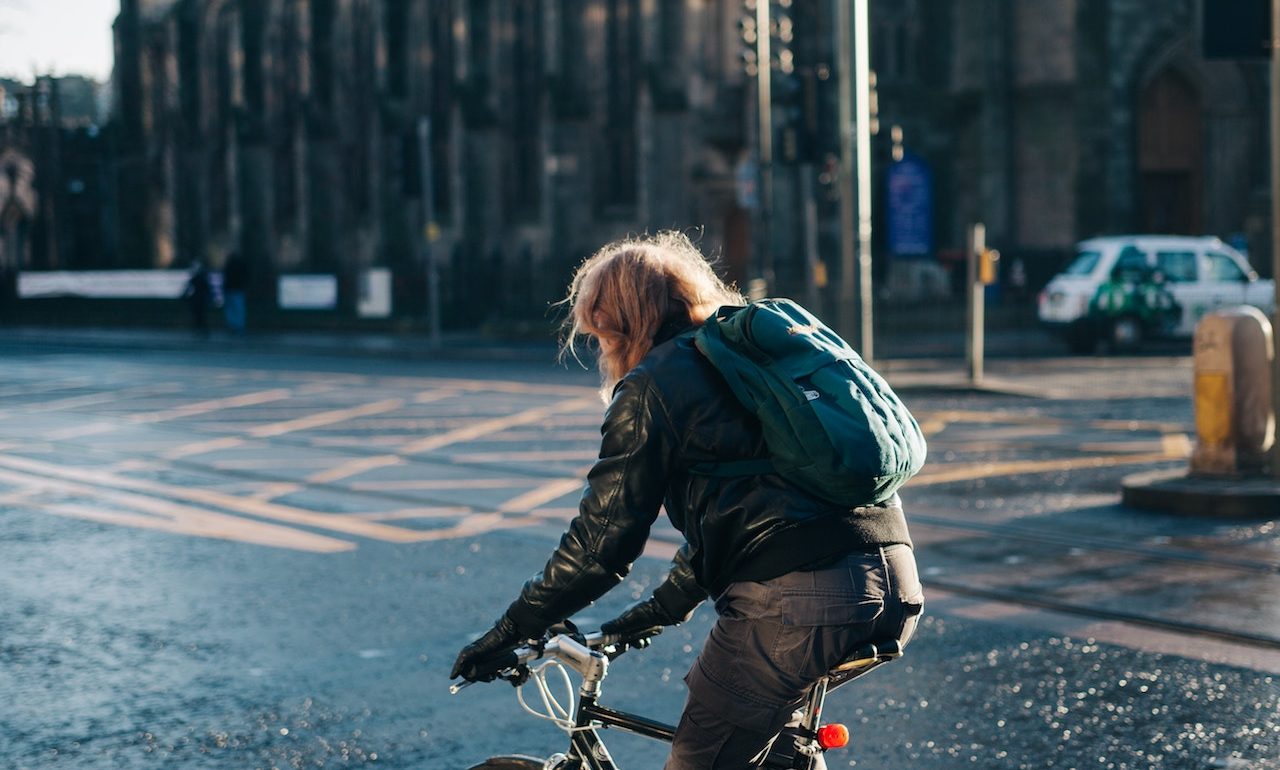 Two weeks ago, 570 News host Mike Farwell penned a column detailing some recent experiences with people on bikes running red lights and texting, and calling on the so-called “cycling community” to reign in their scofflaw “members.” The column sparked a firestorm on Twitter, eventually culminating in Farwell inviting Waterloo Bikes and Berlin Bicycle Cafe owner Graham Roe, Hold the Line organizer and hip-hop artist Sam Nabi, and TriTAG member Mike Boos on the air Friday to discuss how to make our streets safe.

TriTAG members also wrote responses. Chris Klein tackled the tribalism the column risks stoking. Mike Boos wrote a letter in the Kitchener Post pointing out that we’re still people, not our vehicles, and also explained on Twitter how an exclusive focus on behaviour fails and how infrastructure can help protect fallible people. Michael Druker pointed out you can take “personal responsibility” for road safety and still be killed by someone else on the road.

ION light rail vehicles continue to face delays, due to software integration issues. While it’s been known for a while, CTV reports that it’s possible that the incomplete pilot vehicle we already have may have to be sent back to Bombardier to fix.

Reporters have uncovered that the Ministry of Transportation pressured Metrolinx to approve two infill GO RER stations, one of which is in the Minister’s riding, that were found to have a negative effect on ridership (by delaying upstream trains). The Minister issued a statement saying construction of the proposed Kirby GO station wouldn’t start unless it was shown to be viable.

Columnist Edward Keenan provides a great explainer for how zoning in many Ontario cities works – as deal-making. Instead of creating plans for the kind of urban environments we want, many cities create zoning rules with restrictions that force developers to barter for increased density in exchange for the kinds of things cities can’t outright require. Unfortunately, the situation can feed NIMBYism, as residents confuse zoning rules for inviolable laws preserving ‘neighbourhood character’ instead of as a starting point for negotiations. (To its credit, Kitchener’s draft zoning bylaw does provide some transparency to this process by prescribing density bonusing rates.)