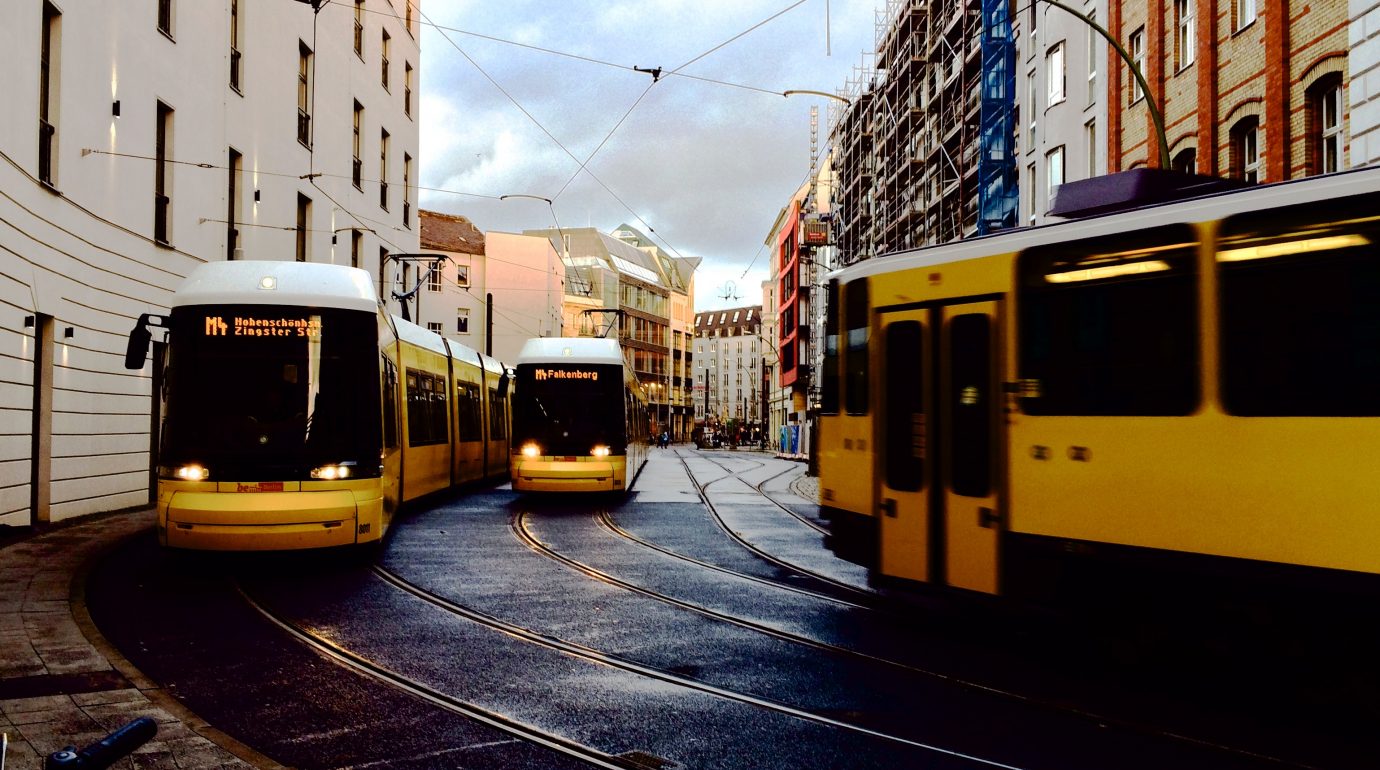 After a child on a bike was badly injured by a transport truck at Hespeler Road and Can-Amera Parkway this week, we highlight the fact that the Region continues to build multi-use pathways without safe crossings for people on bikes. In fact, we found over 100 intersections across Cambridge, Kitchener, and Waterloo where multi-use pathways cross roads without bike crossings, putting people on bikes in harm’s way. 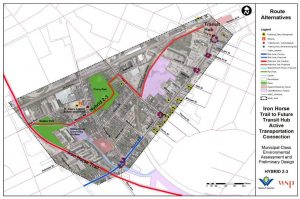 The new recommended route for the Iron Horse Trail to transit hub connector.

Regional staff are now recommending a new route for the Iron Horse Trail to transit hub connection, extending the indirectness of the second alternative through Cherry and Raddatz Parks, and combining it with the third alternative’s uncomfortably narrow section below the railway bridge along Park Street. To make matters worse, because the University of Waterloo currently owns the land needed for the trail at the east end, the Region would temporarily detour trail users onto busy Victoria Street between Joseph and King. Long term, the Region would still pursue a direct route along the rail corridor, but that can’t be completed within the very tight federal funding timeframe. (Metrolinx in particular is known for its arduous permitting process.) We fear the rush to get this route finished quickly will result in one not very worth using. The report goes to Regional Planning and Works Committee on Tuesday afternoon. If you can’t make it, voice your feedback through our contact form.

Also at Planning and Works on Tuesday is a report on the reconstruction of Weber between Northfield and Blythwood. Staff had originally recommended removing a traffic lane on the rail overpass to make room for bike lanes and a multi-use pathway on the east side, but due to some negative feedback, have decided instead to remove the sidewalk from the west side of the bridge to make everything else fit! Staff have indicated they will “consider” crossrides at the Albert and Parkside intersections to allow people biking to get across safely and legally to other cycling infrastructure.

A third report to the Planning and Works Committee details work on the 2017-2021 GRT business plan. We’ll have more to say about the specifics of the route designs over the coming weeks, but here’s a break down of some major themes:

Another report provides an update on the EasyGO fare cards that were expected to be available this month. They’re not. (Surprise!) It’s now expected that the EasyGO card rollout will take place in the new year.

Once released, the fare cards present an opportunity: lower income residents sometimes end up paying more for transit than others because they can’t scrape together the cost of a pass at the start of the month, and end up spending more in the end with cash or tickets. GRT could make transit more affordable and equitable, by capping the amount spent with EasyGO cards each month to the cost of a monthly pass – but will they? They are looking into “loyalty programs” as part of their marketing strategy, so hopefully this dovetails with that.

GO Transit service changes have been announced for the fall. A few new trips are coming to the route 25 Waterloo/Mississauga bus, but there are only schedule adjustments for route 30 Kitchener/Bramalea. No mention of any changes to route 24 Cambridge/Milton.

As Uptown King Street undergoes a transformation, plans for downtown Queen Street go to Kitchener council on Monday. The recommendation includes a possible pedestrian scramble at King and Queen as well as increased bike parking.

Kitchener council also considers a plan Monday to reduce speed limits on streets decorated with sharrows to 40 km/h. The rationale is that lower speeds allow cars and bikes to share the road more safely – assuming that motorists obey the limits. Columnist Peter Shawn Taylor decries the plan, pointing out research suggesting that sharrows can make streets less safe, but surprisingly comes out in favour of proper separated cycling infrastructure.