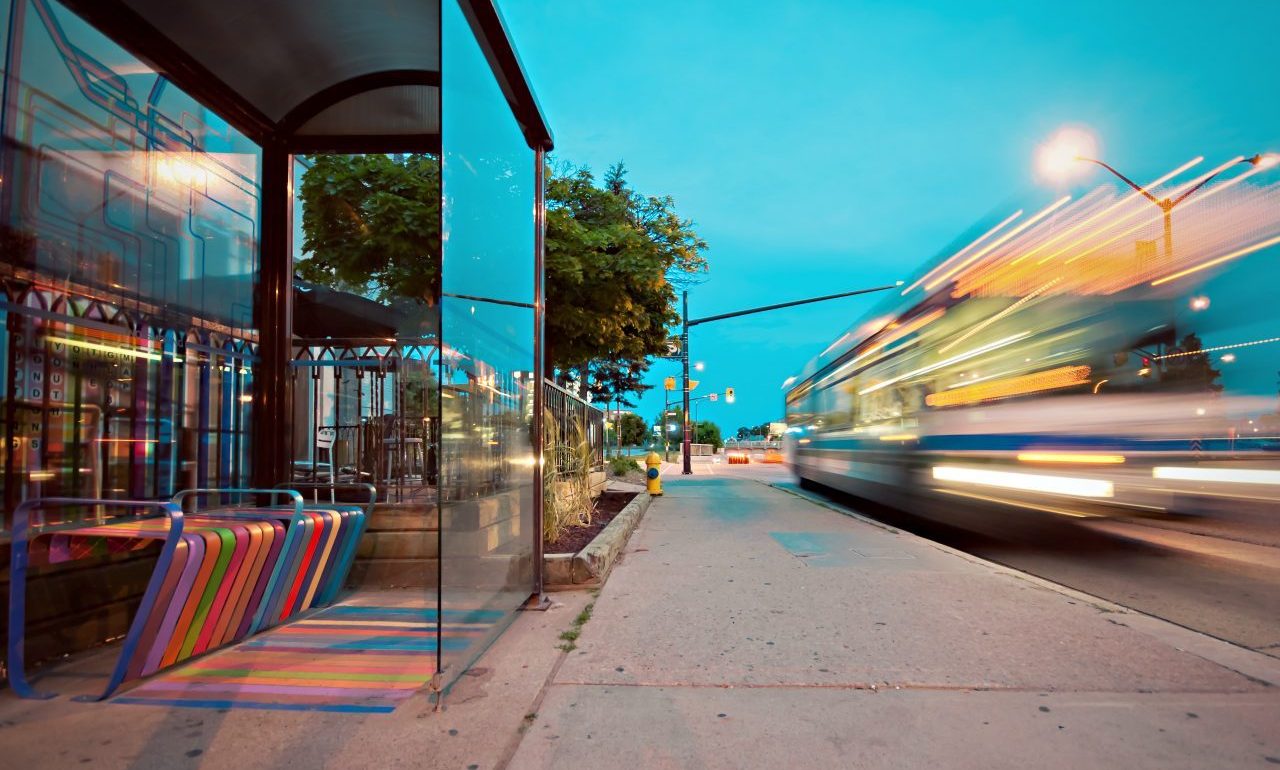 Oops. This one slipped past us. Sometime, about a year or two ago, the Region quietly dropped the ‘a’ from aBRT (adapted Bus Rapid Transit) when referring to improved bus priority for express buses on the central transit corridor in Cambridge.

The Institute for Transportation and Development Policy [1] provides a useful definition:

The ION bus route contains (or will soon contain) some of these elements, but certainly not in sufficient strength or alignment to constitute true BRT. The most prominent feature of BRT is a dedicated and separate right-of-way; at best, ION buses can use highway shoulders (but only when traffic speeds are low) and have a few queue-jump lanes along Hespeler Road.

Why is this distinction so important?

Confusion abounds about what buses can accomplish, and what enhancements have the most meaningful impact on the quality of service it provides to transit users. By misapplying the label “rapid transit,” which should carry a specific meaning in terms of right-of-way, priority, and speed of service, the Region not only misrepresents the level of service Cambridge receives, but also risks further muddying these waters when it comes time to discuss transit improvements on this corridor and elsewhere.

In the debate five years ago over what kind of transit system we wanted in Waterloo Region, TriTAG understood that the battle we were fighting was not really about light rail versus bus rapid transit [2], (despite those being the official options presented by Regional staff.) If you sat down many of the people leading the opposition to light rail and asked them what they wanted to see, you’d realize they were describing something that sounded remarkably like our existing, overcrowded iXpress 200, as if they weren’t already aware of it or its success. In short, they weren’t so much pro-BRT as they were anti-rapid-transit, and had their position carried the day, would have likely worked to further erode bus rapid transit into something decidedly less rapid [3].

If we allow BRT to continue to be shorthand for merely something a little better than conventional bus routes, we risk failing to achieve the political will to apply real BRT in situations where it is the best option for a corridor. Indeed, we may find with increased ridership and service frequencies, that certain cross-corridor routes that extend beyond intensification areas (say, University Avenue), may benefit from rapid transit without needing to be served by rail.

Fortunately, not everyone confuses ION buses with BRT.  In a meeting last year, Cambridge Mayor Doug Craig raised questions as to whether Hespeler Road could be upgraded to a bus rapid transit corridor with dedicated lanes, ahead of the eventual conversion to light rail. We’re more optimistic about the timing of ION Stage 2 than he is, but we’re encouraged that he understands how service can be improved and wants what’s best for Cambridge in the interim.

Not even rails are completely immune to dilution though. Now that serving Preston with light rail has proven technically and politically challenging, we also risk losing the rapid part of rapid transit, as Regional staff are now considering operating in mixed traffic as a potential option.  We hope this option is soundly rejected if it is expected to impact the reliability of ION light rail service.

[1] ITDP has developed a BRT Standard, which not only gives a clear definition of what BRT is and isn’t, but forms a means of evaluating the quality of transportation a BRT system provides, with ‘gold,’ ‘silver,’ and ‘bronze’ rankings. Most of the criteria is also applicable to light rail systems as well.

[2] While BRT would be better than the status quo, we recognized that the role of rapid transit in Waterloo Region was growth management. Buses would not attract the level of development necessary for intensification, nor would they have the same carrying capacity over the long term.

[3] In many cases, this erosion happens all on its own, thanks to BRT having to compete with existing stakeholders for limited road space. In light of these forces, coupled with a would-be-triumphant anti-transit movement, the political will might never have materialized to follow through with real BRT.