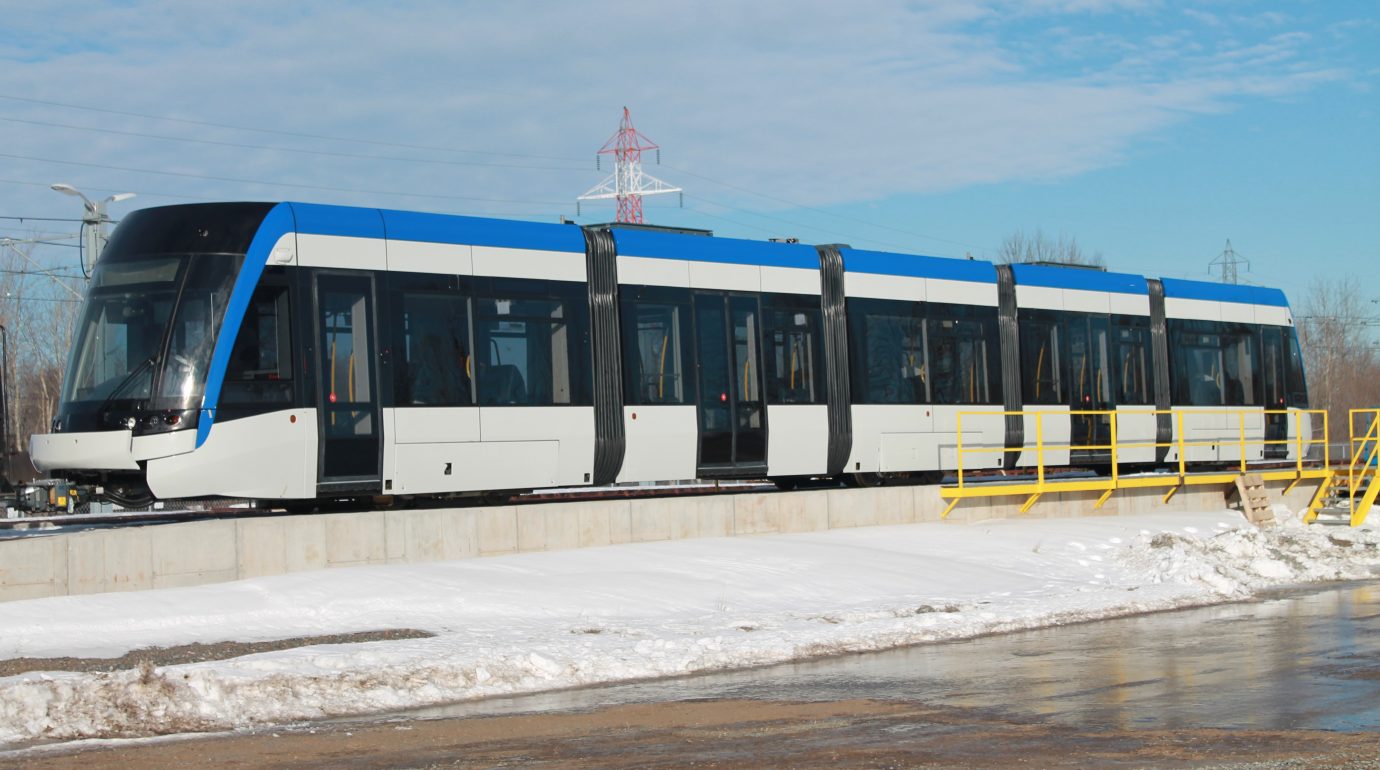 “LRT has left the station”

Metrolinx is firing back after Bombardier’s notice of injunction over its light rail vehicle order, claiming that the pilot vehicle is not passing their inspections. Metrolinx officials also claimed the ION vehicle isn’t operational during yesterday’s board meeting. Transportation and Environmental Services Commissioner Thomas Schmidt confirmed the vehicle isn’t fully operational yet, and that the vehicle will need to be tested before being accepted.

This week, TriTAG member Mark Jackson-Brown writes about Kitchener’s news study for a  crossing of the ION tracks from Traynor Ave to Fairway Road, recommending a more westerly location than the preliminary study location. A final crossing location has not yet been established, but understanding the needs of the community is important to avoid being anchored by the “default” location. Having surveyed residents in the neighbourhood, the Social Development Centre of Waterloo Region echoes our sentiments.

The multi-modal transit hub at King and Victoria will be built in stages, with the help of a private developer. The transit station and train platform components are expected to be complete by 2021, while the mixed-use towers and former Rumpel Felt building may not see completion until 2027. Meanwhile, seven public art pieces have been selected for various ION light rail stops.

In the Washington D.C. area, residents are questioning why so much parking is being built near transit stations, in what should be walkable, transit oriented environments. We think they’re questions worth raising here as well.

Brampton Focus asks Transportation Minister Steven Del Duca for an update on all-day, two-way GO and the CN freight bypass. The Minister indicated that updates on a final agreement with CN will be announced “in the coming weeks and months.” To support more and faster trains along the Kitchener Line under Regional Express Rail, Metrolinx recently announced it was accepting bids to construct another rail tunnel beneath the 401 and 409 highways.

Metrolinx appears to be favouring fare-by-distance for integrated fares across all GTHA transit networks.

Streetsblog has announced a new series on “getting transit right,” which will explore the transit systems of various US cities through the lenses of service quality, land use, maintenance, expansion, and future plans, beginning next week. In the meantime, we suggest you check out their recent comparison between commuter rail systems in Paris and North America, looking at frequent, all-day service, and orienting land use around train stations as reasons why Paris sees so much more ridership than here.

Cycling Magazine showcases the latest technology and techniques for keeping bike lanes clear of snow, the Globe and Mail asks (and answers) who has the right of way when bike lanes and protected bike lanes meet intersections, and researchers at Cornell use swerving manoeuvres tracked by accelerometer and GPS sensors in bikeshare bikes to guess where parked cars are regularly blocking bike lanes. (They’re doing it to try to figure out where parking might be in short supply or streets are gridlocked, but it might have great applications in parking enforcement.)

TriTAG’s winter sidewalk study has reached its halfway point, and will wrap up in early March. We’re excited to share our results volunteers have completed the final counts and we’ve had a chance to process the data.

In Edmonton, political leaders and advocates are pushing for the removal of “beg buttons” at intersections and for changing signal timings to be more pedestrian friendly. It’s inevitably running up against car-oriented metrics of traffic engineers, so advocates are trying to crowd-source data on how disruptive the signals are to getting around on foot.

CityLab notes that American car ownership, in decline since 2006, has begun to rebound, but it’s too soon to tell if it will be sustained.  City Observatory shares two important messages this week. First, that tolls are shown significantly reduce congestion and if applied to existing roads, can avoid the need for additional expensive road expansion. Second, as motor vehicle deaths surge due to increased driving, instead of shaming or demonizing drivers, it’s more effective (and fair) to simply expect them to pay the true costs of driving, which will reduce car use and save lives.