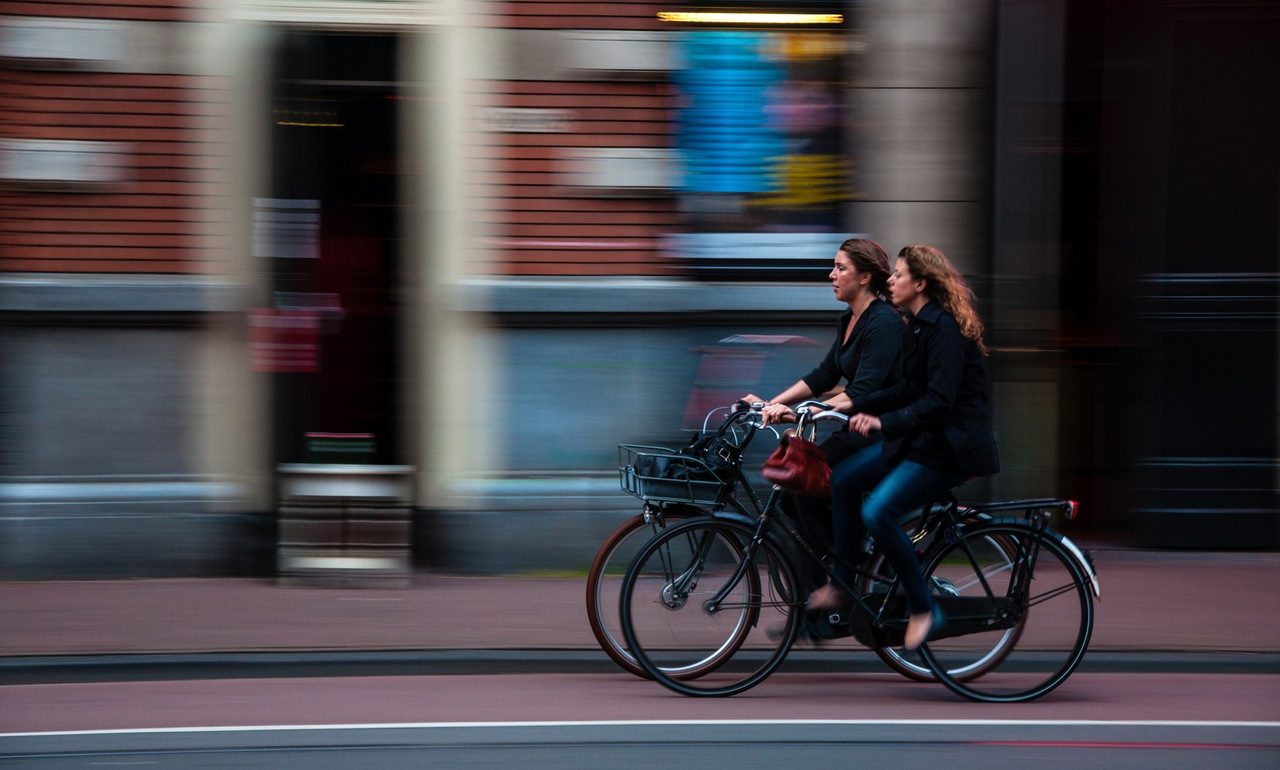 This week, the Toronto Centre for Active Transportation and Ryerson University published a new report on cycling behaviour and potential in the GTHA. The report finds that about 1/3 of all trips in the GTHA have the potential to be biked, only about 30% of bike trips are made by women, and that neighbourhood density and form have a significant impact on people’s choices to bike. We crunched the numbers ourselves and found similar figures for Waterloo Region – hear TriTAG member Mike Boos discuss the report’s findings on CBC KW.

Meanwhile, the City of Kitchener is faced with the challenge of trying to fit bike lanes, two lanes of vehicular traffic, and possibly even parking within a narrow roadway on Krug Street. When space is limited, and not everything can fit in a roadway, hard choices are needed to decide on what the priorities are. “Creative solutions” can’t bend the laws of geometry and physics – the city needs to decide if cycling is in fact a priority for Krug Street.

Finally, Kitchener is planning improvements to the Victoria Park section of the Iron Horse Trail, including widening, intersection treatments, way-finding, and other amenities. Be sure to attend the public drop-in meeting on October 25.

A woman on a bike was struck from behind by the driver of a car on Wednesday morning, throwing her across the intersection of Duke and Victoria and resulting in serious head injuries. The driver was charged with careless driving and failure to share the road.

As usual, the media’s handling of it was pretty awful. Despite the driver being at fault, the Record aped the police’s reminder to wear helmets. (One wonders if the reminder not to hit people with cars is still forthcoming?) Likewise, the CBC highlighted the woman’s lack of helmet in the headline, until many folks on Twitter called them out for victim-blaming. To their credit, they quickly corrected the article’s headline. CTV egregiously complained about how inconvenient the whole thing was for traffic.

A decline in transit ridership in Cambridge isn’t worrying GRT planners. The drop is consistent with trends seen in other municipalities, fares have risen astronomically, and GRT is no longer being paid by the school boards to provide trips to high schoolers. Staff are now considering how to spend the remaining $6.4 million funds earmarked to boost ridership in Cambridge to prepare for ION stage 2. (We’ve covered the Regional decline in transit ridership on the the blog.)

In Toronto, Spacing editor John Lorinc explores the mobility-as-a-service (MaaS) concept as an option for providing last-mile transit in the GTHA. Users could subscribe to a service and obtain access to a wide variety of mobility tools such as transit, ride-sharing, taxis, and bike-sharing, without having to maintain payments or subscriptions for each individual service. Meanwhile, Vincent Puhakka of Scarborough Transit Action writes that ride-sharing is no substitute for investment in quality transit.

The Guardian covers the experiment with free transit by the Estonian capital of Tallinn. While the program has been a success in terms of getting people to register pay taxes to the municipality, it doesn’t appear to have had a profound effect on traffic – making driving more expensive might have been more effective. (We’ve written about the merits and drawbacks of free transit in Waterloo Region before.)

Editor’s note: Your city requires parking everywhere, apparently so does this blog.

The Ryerson City Building Institute writes about how parking is taking the back seat in many GTHA municipalities – cities are cutting back parking requirements for downtowns, smaller developments, and the presence of car and bike-sharing. And Fast Co.Exist covers the Nottingham parking levy that’s being leveraged to pay for transit – something to consider as the Region considers how to make paying for transportation more equitable and sustainable.