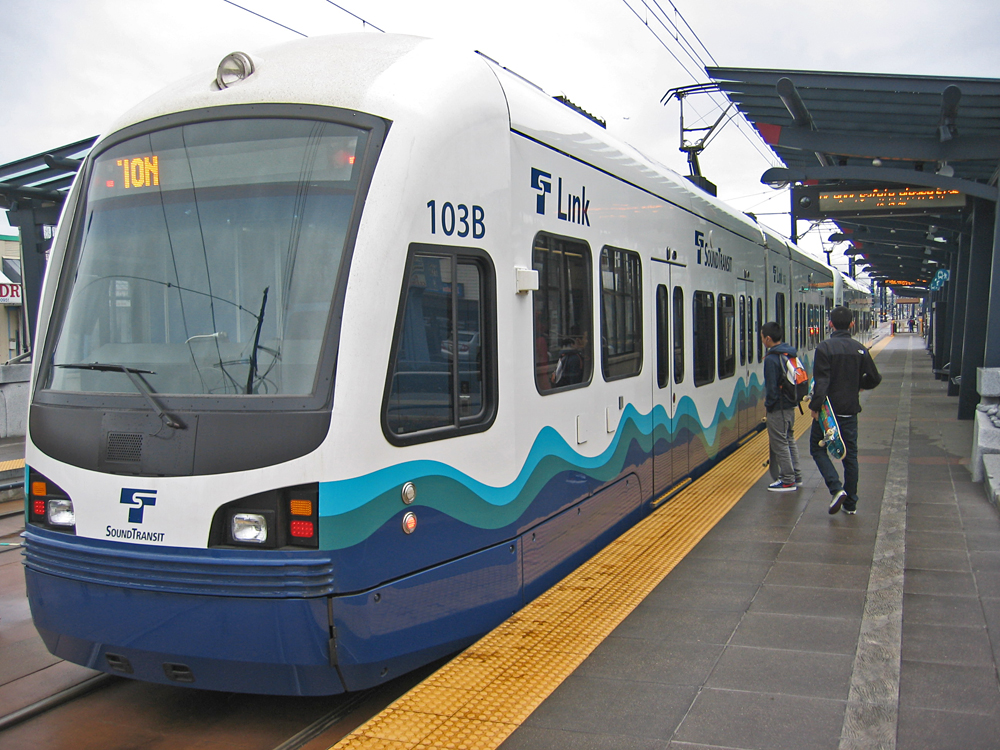 Part 6 in our series on parking in the City of Waterloo draft zoning bylaw.

What if we built a light rail network and nobody came?

OK, no one expects empty trains. Central corridor bus ridership is already close to opening day projections for ION light rail, and there’s plenty of latent demand for the added capacity that larger vehicles and increased frequency will bring. But zoning policies in Waterloo and Kitchener, especially those having to do with parking, could limit the ability of light rail to become a more attractive choice for travel in the Region. 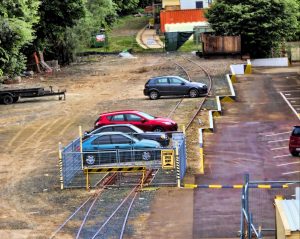 Parking supply may have a bigger impact people’s choices to take transit than proximity to rail stations [1]. If part of the cost of car ownership is simply hidden as part of the cost of a home, office, or retail space, it’s easier to decide to own and drive a car in spite of good transit being nearby. The default of having abundant free parking everywhere handicaps decisions to walk, bike or take transit.

A level playing field would mean that there’s an extra cost and effort to find a space for your car, so you might think twice about owning an extra car, or using it to go to work or shop.

The proposed Waterloo zoning bylaw does improve upon the status quo for light rail station areas. In Uptown, commercial uses would require 2.1 spaces per 100 square metres, compared with 4 today, and dwelling units would require 0.75 parking spaces each instead of 1. Other station areas would require a little bit more, but would still be lower than elsewhere in the city.

But how do these station area parking requirements compare with other cities? [2]

What can Waterloo learn from these other cities? First, that cities don’t have to require parking at all, especially in transit station areas. Second, parking maximums may be desirable, to limit traffic and ensure high-quality walkable places are built around transit. Finally, cities can ensure that downtowns and neighbourhoods are not overwhelmed by parking demands by ensuring alternatives to parking are easily available.

Compared with some of its peers, Waterloo’s proposed zoning bylaw parking requirements seem closer to the status quo than a transit-oriented future. If we want to see ION thrive, we should ask for better.

Write to the Zoning Bylaw Review staff and your city councillors, and ask that developments be allowed to become truly transit-oriented around ION light rail stations in the City of Waterloo’s next zoning bylaw.

Editor’s note: This post is part of a blog series on parking requirements in the City of Waterloo’s Zoning Bylaw Review. Read the other articles in this series:

[1] One paper on this subject is titled, “TOD without the T” – TOD standing for Transit Oriented Development. The findings suggest that high-density, low-parking developments with access so some kind of bus service could work to shift habits anywhere, not just for those near rapid transit. In other words, if the City of Waterloo also allowed less parking in areas further away from light rail stations, it could more easily meet its goals of encouraging more walking, cycling, and transit use.

[2] Hamilton and Edmonton are held up as examples for parking management in the City of Waterloo’s Transit-Oriented Development Best Practices Review. Recommendations to come out of this review that don’t appear in the draft bylaw include implementing parking maximums, using ‘typical month/day’ instead of peak use to set standards, shared parking at different times of day, and integrating Transit Demand Management (TDM) practices like carpool and car-sharing spaces in exchange for parking reductions into the zoning bylaw itself.