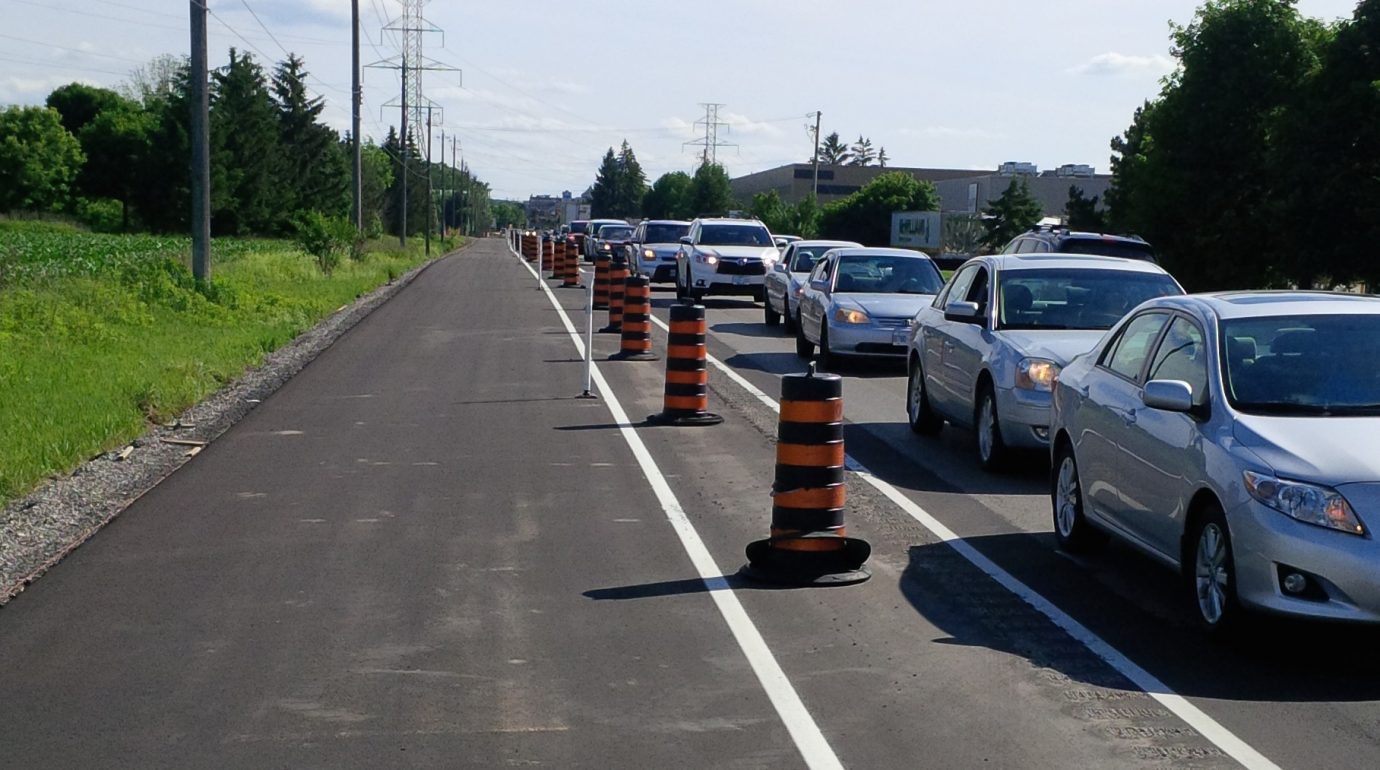 Northfield Drive East has a new multi-use path. The stretch between Wissler and Bridge previously was just a two-lane road with unpaved shoulders and no sidewalks or bike lanes. It was supposed to be widened this year to four lanes, with a sidewalk on one side, and a multi-use path on the other, but this work was deferred until work on the Northfield Highway 85 overpass could be completed, to avoid disrupting too much traffic all at once.

Because of this delay, the Region decided that allowing for active transportation on this road simply couldn’t wait. It has now paved the one shoulder to form this path on the south side of the road. It’s a creative and inexpensive solution to a significant gap in the active transportation network, while providing a significant level of protection to those on the path. 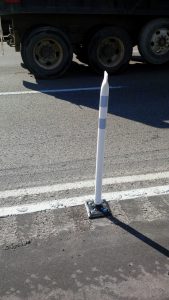 The path is immediately adjacent to the roadway, but separated from motorized traffic by rumble strips and flexible bollards, and in some spaces, an additional buffer. (Inexplicably, some of these bollards are placed inside the path rather than in this buffer space.) This isn’t the first configuration of this type in Waterloo Region – there’s a similar two-way cycle track on Blair Road, joining two trails along the Grand River. Unlike Blair Road however, the Northfield path doesn’t have great connections at endpoints. 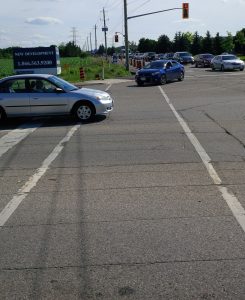 The issue with the endpoints is the lack of connections/transitions at either end. Eastbound, entry is fairly straightforward, but leaving the trail may be difficult if either turning north or continuing straight at Bridge, because the right-turn lane to the left of the trail could cause conflicts. (South on Bridge should be easy, as there is a bike lane that continues directly from the end of the trail.)

Westbound is much worse – there is no easy way to enter at Bridge or leave at Wissler, as it’s on the ‘wrong’ side of the road. The intersection of Northfield and Bridge is challenging at the best of times given the high levels of turning traffic, and the harrowing northbound bike lane disappearance in favour of a right turn lane.

In spite of these concerns, it’s important to recognize that this is a significant step in the right direction – the Region is moving towards more separated forms of cycling infrastructure and is willing to act quickly to address certain gaps where no walking or cycling facilities exist. While entry/exit points are problematic, this isn’t the final configuration. The Region has time to refine the final design at both intersections to ensure a safe and reasonable transition for people on bikes before it fully rebuilds Northfield in a few years, while extending the path from Davenport Road all the way to University Ave.