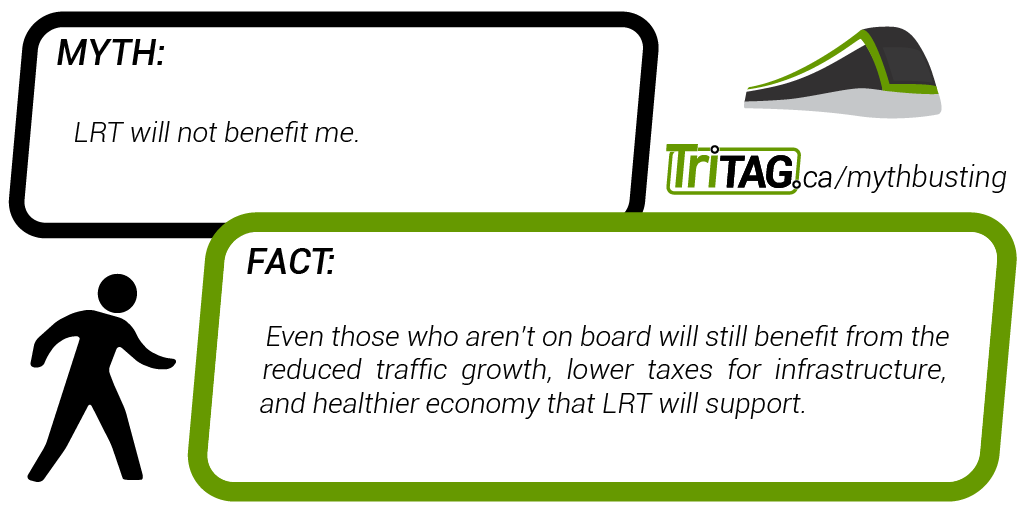 Over the years, we’ve spoken with citizens all across Waterloo Region about LRT, and we’ve come across both ardent supporters and resolved opponents. But most people have approached the creation of rapid transit with an open mind, often with a healthy dose of skepticism. They’re not sure what’s in store.

When regional council approved LRT in 2011, they made the decision with the future in mind. They chose it over a bus-based system despite the fact it cost a little more, because it also provided more long-term value. We’ve spent enough time talking about how senseless it would be to bail out now that we’ve spent that money. Today, we need to focus on why we’ve embarked on this path in the first place.

Let’s talk about the value that ION light rail transit will bring you.

If you live or work along the line, the benefit of ION is obvious. High quality, comfortable transit offers thousands the opportunity to reduce their transportation expenses. ION’s capacity and reliability means that the Region can rebuild its entire transit network around it. Many thousands of people live along the corridors that have already seen, or will shortly see new iXpress bus routes that are designed to integrate with ION to provide strong transit links region-wide. Perhaps one such route will benefit you. 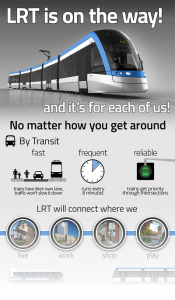 Providing transportation alternatives is a major part of our community’s strategy to become a more livable, affordable place. So too is directing new growth towards the core of our community. And light rail is a vital part of this plan.

If your home or place of work aren’t along ION or iXpress, or your trip is still too awkward by transit, or if your life circumstances mean that you simply have to drive, then it’s harder to see ION as being worthwhile. But it will still be there, working for you:

Not too shabby for something quickly dismissed by critics as a “mall to mall train”. We hope you’ll keep the bigger picture in mind when you vote on October 27th.

So ends our week of mythbusting the election. We wanted to wrap it up by busting the biggest myth of all: that LRT won’t benefit you. Because even if you have no use for it today, tomorrow could be a very different story. And that is what ION is about: the future. Come take a ride with us, and let’s see what tomorrow has in store.