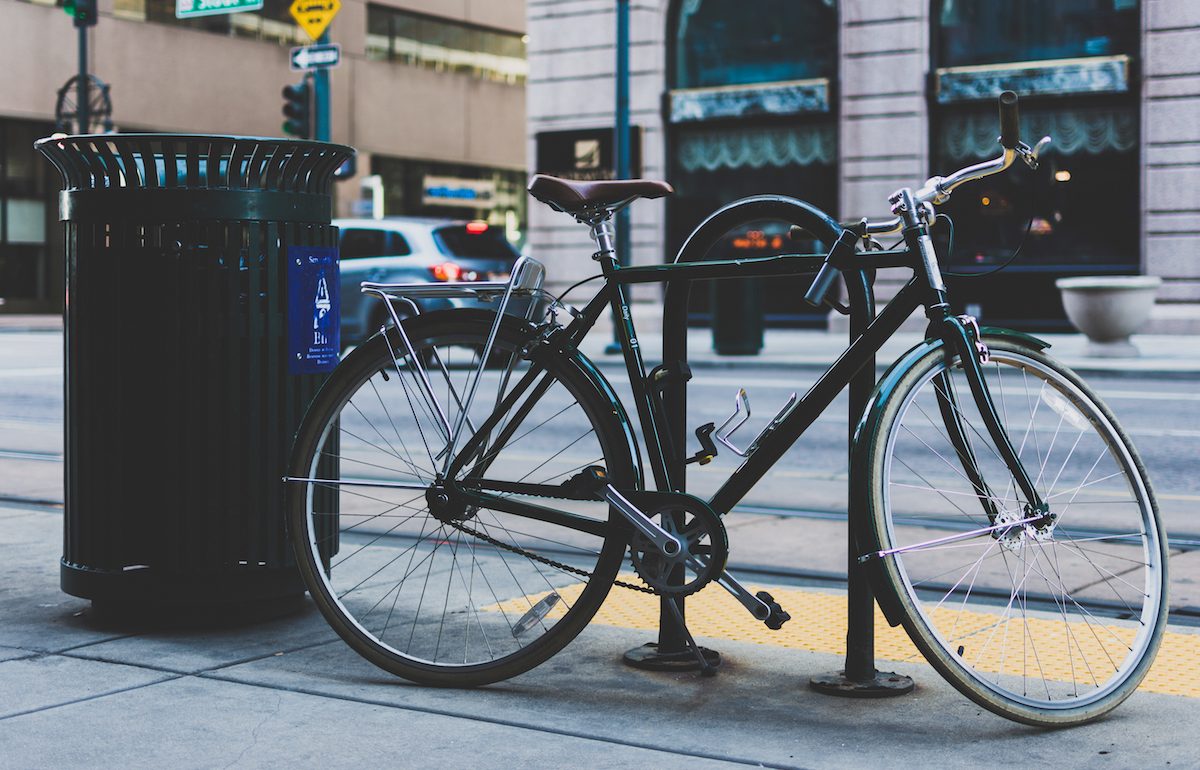 Could the lessons learned from Waterloo Region’s green bin program be used to help ease people’s choices to walk, bike, or take transit?

Waterloo Region had a garbage problem. Unless it persuaded more people to use green bins for food waste instead of putting it in the garbage, the Regional landfill would run out of capacity within 20 years. But despite efforts to make using them easy, people just weren’t into using their green bins.

So this March, the Region started a different approach. Garbage collection was made a little less convenient – now taking place once every two weeks, while green and blue bin collection remained every week. Garbage capacity was also restricted to four bags every two weeks, with $2 tags required for exceeding the limit.

What was the result? Green bin use increased 50% in the first month alone, and had doubled by the second month compared to the previous year. While the new restrictions are far from onerous, (as a parent of two small children in diapers, my household hasn’t yet approached the limit), they’ve been enough of a nudge to affect a measurable shift in how people sort their waste.

Like our landfill if waste habits didn’t change, if people choose to drive 20 years from now at the same rates they do today, when our population is 50% higher, our streets will run out of space. Neither garbage nor driving are morally wrong in and of themselves, but too much of either can be problematic for the community.

Our municipalities are slowly beginning to provide alternatives – light rail, a more robust transit network, bike paths, and sidewalk infill. But rather than simply saying “if we build it, they will come,” and hoping for the best, what if we applied the lessons of green bins to our transportation system?

I’m not talking about banning or restricting driving, but rather altering the incentives, in gentle ways, that motivate people to drive: cost and convenience.

Congestion pricing may not be a political reality in Ontario, but our municipalities can adjust the cost of driving by setting a price on parking. Our cities could not only stop subsidizing municipal parking in the downtowns, but allow businesses to recover costs for supplying parking by allowing supply to be reduced. Zoning bylaws require minimum amounts of parking for each property; by reducing or eliminating those minimums, it would gradually allow property owners to charge market prices for parking. Some cities, like Nottingham in the UK, have taken a step further by imposing a commercial parking levy, using revenues from parking to subsidize transit expansion.

Altering the convenience of driving requires a fundamental re-think of transportation planning, which has typically viewed getting from A to B as quickly as possible as its chief aim. Over the past decade, our municipalities and provincial government have poured hundreds of millions into the widening of our roads and highways, in the (mistaken) belief that greater road capacity means less congestion. It doesn’t – after a brief initial speedup, it just induces more people to drive. What if we stopped widening our roads and allowed congestion at key points to moderate car use? Further still, what if we adjusted traffic signal timing to favour pedestrians and transit, or re-purposed turning lanes to make room for bike lanes, optimizing for the kinds of transportation choices we actually wanted to encourage?

None of these suggestions prohibit anyone from being able to hop in their cars and drive where they want. But by changing the incentives, more people will be able to rationally choose different options for getting around, just like they have with sorting their garbage.