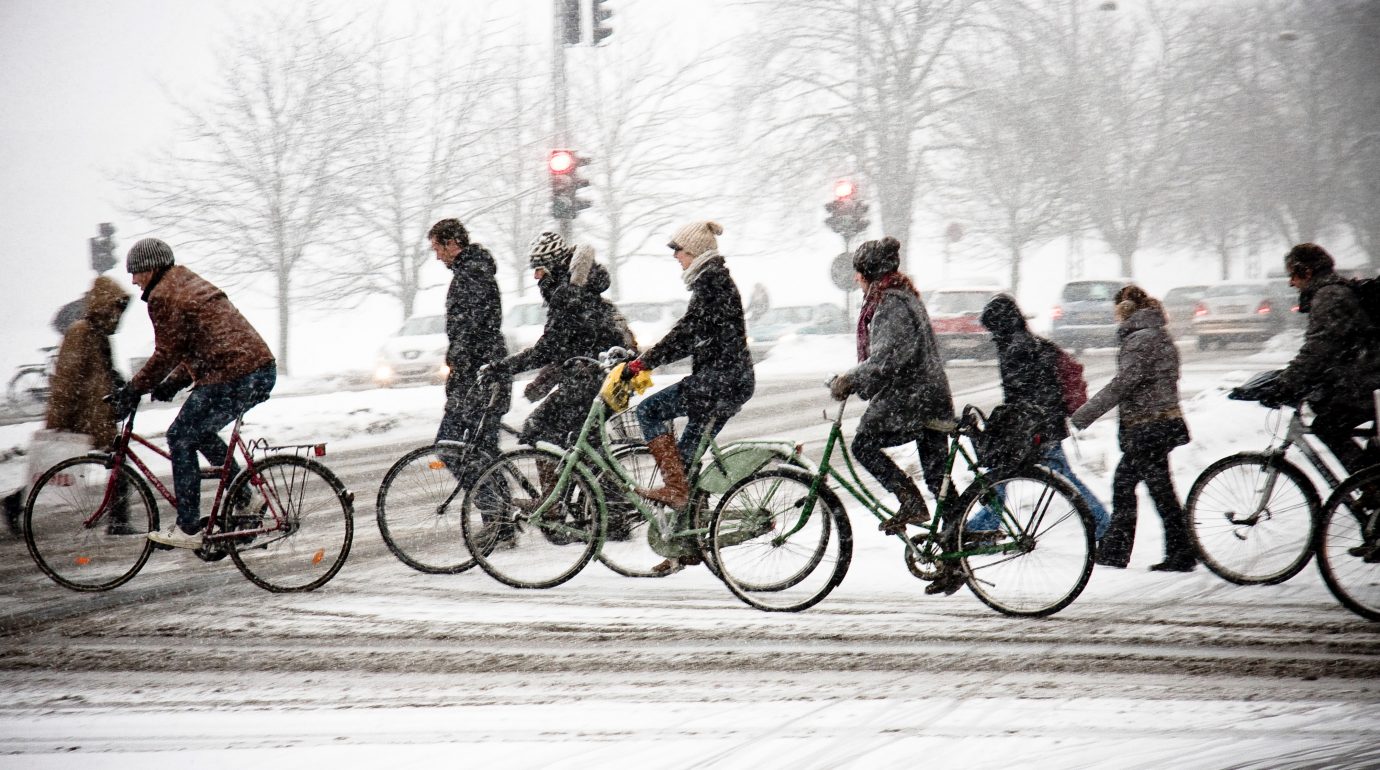 A man cycling on King Street near Conestoga Mall Thursday was struck from behind and killed by a driver coming from the highway. Police say charges are pending. TriTAG notes that the conditions of this highway exit encourage fast speeds before merging.

Toronto lawyer Patrick Brown writes that recent court decisions in New York show how Ontario municipalities could be exposed to liability if they fail to heed calls for traffic and speed calming measures. He notes efforts to enact vulnerable road user (VRU) laws to Ontario, which would increase the penalties for killing or injuring people walking and cycling.

TriTAG member Chris Klein writes about how the new Uptown streetscape, being rebuilt this year, represents a change in our priorities around people-places.

A proposal on the provincial budget consultations website calls for a pilot project to help individuals, municipalities, and organizations obtain cargo bikes to help publicly demonstrate the benefits of cycling. Similarly, Oslo has recently announced a program to assist in the purchase of electric cargo bikes. The Ontario proposal has been selected as a project residents can vote for.

In Toronto, volunteers counted an average 1700 people cycling per day in the Bloor Street bike lanes this January. Meanwhile, Waterloo councillor Diane Freeman celebrates a year of commuter cycling. We’d be remiss to not also mention Sunday is the Coldest Ride of the Year.

Community Edition columnist James Howe proposes a hybrid model for sidewalk clearing: municipal plows for main arteries and bus routes, with the existing “do it yourself” system for local streets (with hopefully some meaningful enforcement). TriTAG’s study of the accessibility of sidewalks in winter, in response to poor metrics by the City of Kitchener, has begun.

Record columnist Luisa D’Amato highlights the overloading of the MobilityPLUS system, which is leaving behind many people who rely on rides from the system. Regional councillor Elizabeth Clarke responds, asking why there has been such a recent increase in demand, noting that it is expected that as much as possible, people with different abilities should not be forced to use specialized services over conventional transit. It is hoped that the end of construction and the restoration of some transit to regular routing will help relieve pressure on the service.

Parking and land use

Summaries of public input on the Midtown and Rockway transit station areas are now online. The final round of consultations, where preferred options will be presented, is expected in May.

A new report from Smart Growth America finds that too much parking is being required near transit stations. That land would be put to better use with more housing, offices, and retail space.

City Observatory dismantles the claims of extreme losses to productivity from travel time to justify expensive road projects by looking at how little some people are willing to pay for high occupancy toll lanes. This could suggest the economic utility of some highway projects are wildly overestimated. Another interesting finding is that people are willing to pay much more to ensure travel time reliability than actual time savings.

Meanwhile, the Ryerson City Building Institute suggests that the province’s recent decision to deny Toronto the ability to toll its highways gives the GTA the chance to get tolling right, in the form of congestion pricing.

CityLab covers the politicization of ride-hailing in the form of the #DeleteUber movement, following the Uber CEO’s connection with the Trump administration. Author Laura Bliss concludes that the most effective way to show solidarity with and improve the rides of the vulnerable is to ride the bus.