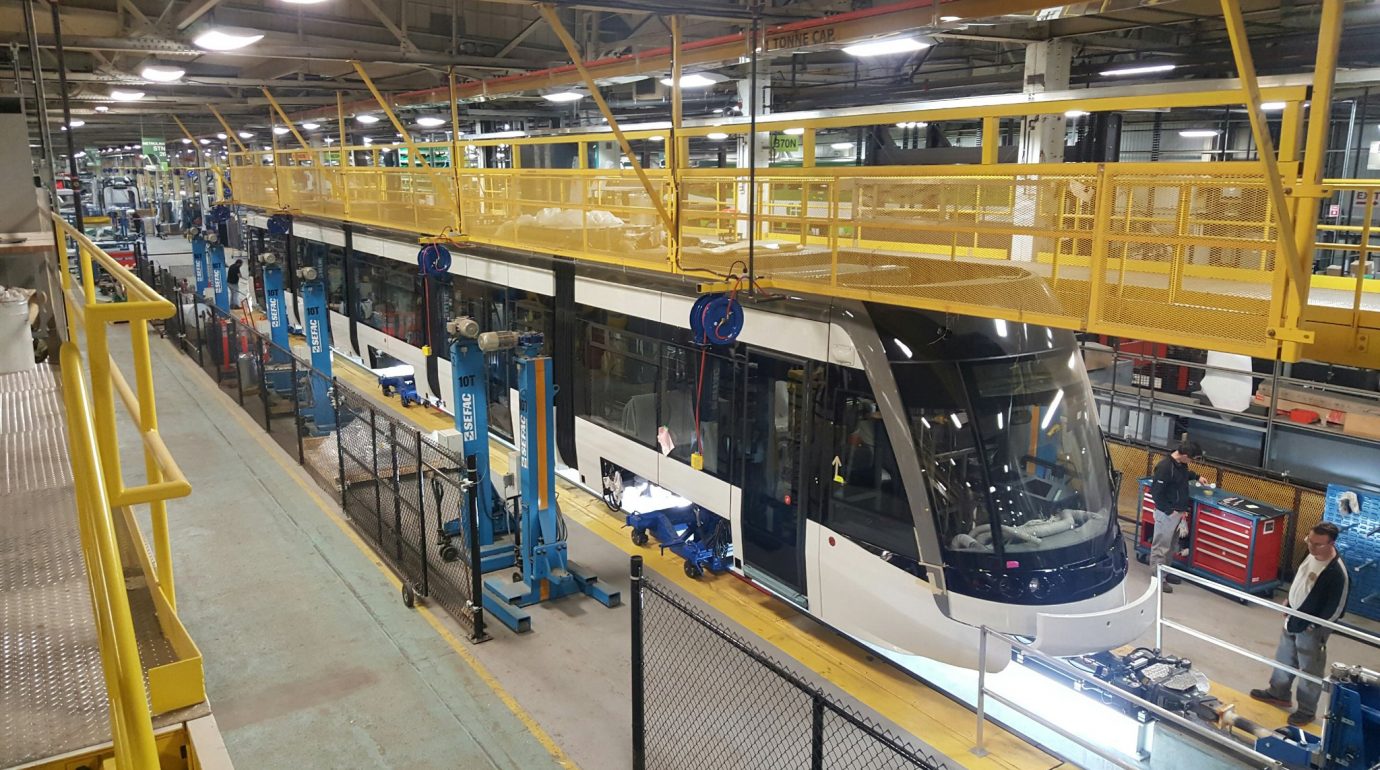 New GRT fare cards (dubbed the “EasyGO Fare card”, despite not being able to use them on GO…) are almost here. The EasyGO website has been updated, though much of the site is “Coming soon” and cards will be “available in winter 2016.” Meanwhile, the Region and social agencies are still sorting out how fare cards will be able to replace single-ride tickets given to clients.

For ION, council considers having new development in the townships help shoulder some of the costs of transit expansion along with development in the cities.  Bombardier has just missed its deadline for delivering its pilot Flexity light rail vehicle to Metrolinx, a precursor to Waterloo getting ION trains. And Record reporter Jeff Outhit quietly returns to the rapid transit beat with a story on loud noises stemming from rail crossing signal testing.

In Toronto, TreeHugger design editor Lloyd Alter comments on the media’s ‘windshield perspective’ and how collisions with transit vehicles fixate on transit’s involvement, even when a motorist is at fault.

In Kitchener, teens were injured this week when they drove into a concrete barrier at the end of Wilson Ave. Elsewhere in the Greater Golden Horseshoe, a police cruiser struck a Peel police officer on Sunday, and the SUI blamed a woman injured by a police car for jaywalking,  despite evidence the officer driving wasn’t paying sufficient attention, especially in a signalized intersection.

Across Ontario,  distracted driving-related deaths are now double those related to drunk driving. In the US, NACTO calls for action after a spike in traffic deaths in 2015, while the CNU Journal points the finger at sprawl and so-called “forgiving design” of roads for creating the conditions that lead to more road carnage.

Over at Strong Towns, Rachel Quednau cautions against putting too much hope in reduced speed limits without changes to road design to slow cars. Meanwhile, CityLab reporter Laura Bliss looks at the disproportionate impacts of Vision Zero traffic enforcement on racial minorities, providing yet another reason why a focus on enforcement over engineering may not make our streets safer for everyone.

Luisa D’Amato notes that with the Busker Festival off King Street during construction, Uptown businesses are seeing less foot traffic. More evidence emerges that places with good walkability are in short supply and high demand.

Finally, in a gesture that possibly seeks to make signals reflect the design philosophy behind too much of our transportation infrastructure, vandals in Houston have altered “don’t walk” hand signals to give pedestrians the finger.

In light of the proposal to consolidate City of Waterloo seniors’ programming into one facility at the Memorial Rec Complex, the Record editorial board comes to recognize that it’s important to locate services for seniors close to good transit service. Likewise, many Cambridge residents are demanding that their future sports multiplex be located somewhere central.

The insufficiency of mere bike lanes is becoming apparent in many Canadian cities. In Vancouver, the use of ‘mixing zones’ between bike lanes and turning lanes are being decried as dangerous. A brutal dooring by a truck parked in a Toronto bike lane was caught on tape. And Calgary resident Tom Babin suggests it may be time to give up on painted bike lanes entirely. The Chicago Tribune notes that 94 American cities have now built protected bike lanes, nearly three times as many as three years ago.

Transit consultant Jarret Walker reflects on Uber’s steep losses, and where ride-sharing as a replacement for transit might make sense. The town of Altamonte Springs, Florida pursues a pilot program of subsidized Uber rides, raising questions of accessibility and equity. On top of this, a new survey shows that most Americans are skeptical of riding in Uber or self-driving cars. And Google tries to get into the carpooling business with Waze Carpool.

Finally, we leave you with the words of Tony Dutzik of the Frontier Group, as he considers the implications of ‘peak car’, whether it’s over (or even begun!), and how to plan better for the future:

“Historically, those forecasts have been used to justify or assess the benefits of highway capacity expansions under the “predict and provide” model. The events of the last two years have reinforced the need to get away from that model, and to embrace other notions of planning, such as the radical concept of envisioning and investing to build the transportation system we want to see – one that achieves our common goals of access, equity, efficiency, and environmental and fiscal sustainability.”

We want to hear from you

Got an idea for our weekly round-ups?  Drop us a line!