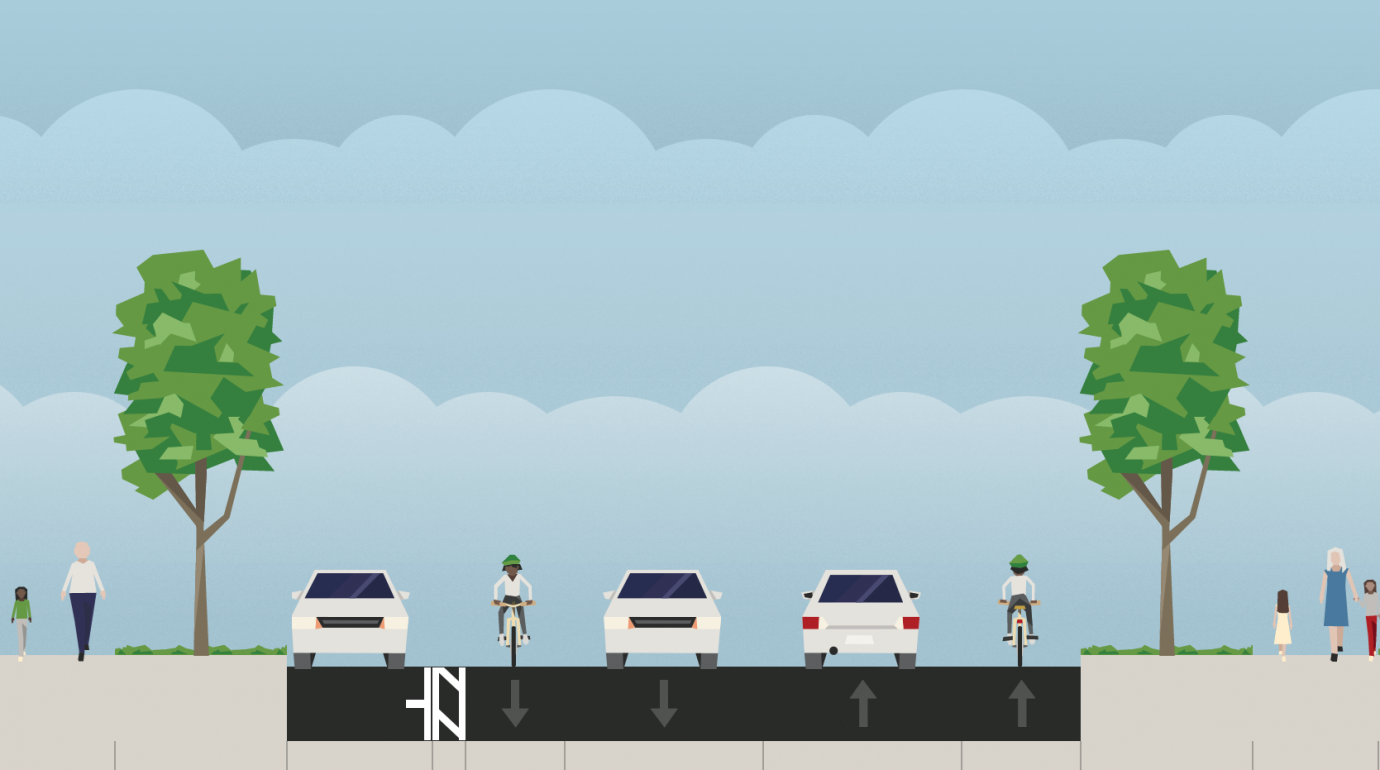 On Thursday, a neighbourhood meeting was held to present design concepts and solicit feedback on a proposal for bike lanes on Union Street between Margaret and Lancaster. The proposed design would reallocate the existing pavement to designate parking on only the north side of the street, and include bike lanes on both sides. Display boards presented traffic and parking counts, planned and proposed cycling routes, and a diagram of a typical cross-section. 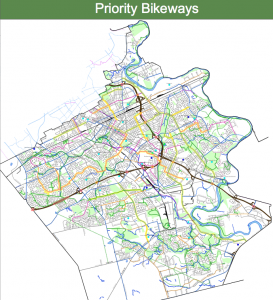 A half-metre buffer would separate bikes lanes from parked cars – a marked improvement from other bike lane projects in the City, such as Margaret or Highland. Green thermoplastic markings, (the same material as the sharrows in Downtown Kitchener), would be used to mark conflict and transition areas. The route would transition to sharrows for the narrow curve through the woods, where speed limits are 30 km/h. Staff estimate that the current on-street parking of about 95 would reduce to 45 cars, but this shouldn’t be a concern, as their counts of parked cars has not exceeded more than about a dozen at any given time. This route is classified as a ‘priority’ cycling route under the City of Kitchener Cycling Master Plan.

Response at the meeting was mixed – while there were some who supported the bike lanes, others had concerns they expressed rather vocally.  Some took issue with the City’s parking counts, or feared forcing parking onto their side of the street would make it difficult for them to see approaching cars while backing out. It didn’t help matters that the City’s cross-section didn’t depict the tree-lined boulevards very well, leading some to worry about the look of the street radically changing. (The pavement width is not being changed, so we’ve tried to include the boulevards more accurately in the image at the top.)

It’s easy to assume that a project that’s been a ‘priority’ piece of the Cycling Master Plan for the last five years would be automatically approved, but when objections do emerge, it’s important for staff and councillors to know these changes have broad public support. Please consider taking a moment to write them in support of bike lanes on Union Street.

Also, be sure to come out to the drop-in consultation for East Ave bike lanes, at the Subscriber’s Lounge in the Auditorium, Tuesday April 21 between 7-8:30pm.