In debunking Myth 2, we estimated the cost of running bus service to equal ION’s ridership in 2017 to cost $23.6 million, and by 2031 to cost $52.9 million. In comparison, the operations and financing cost of ION is $30 million a year. How did we reach these figures?

We started with the current situation: transit ridership has been growing much faster than population, but roughly in proportion to the amount of transit service being provided (measured in “service hours”– the number of hours each bus is providing scheduled transit service.) 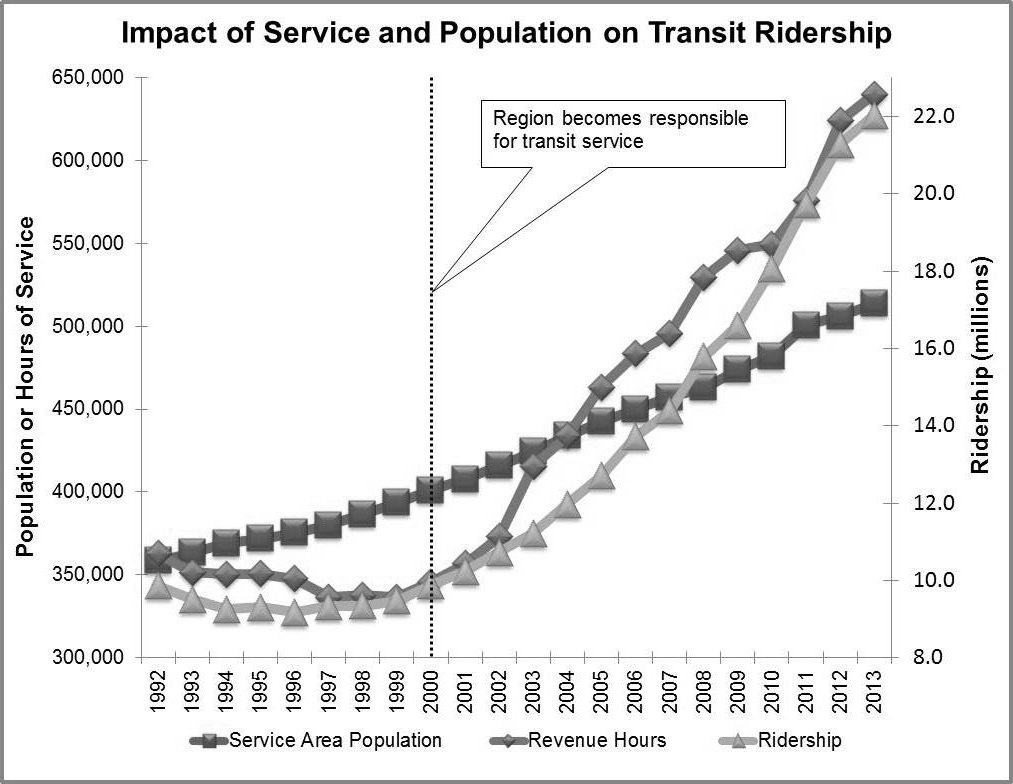 Our estimate is based on the cost of providing enough service hours for a growing ridership along the Central Transit Corridor in KW.

Cost per service hour is $138/hr for Waterloo Region in 2012 (sourced from the OMBI 2012 Performance Measurement Report, page 187). This figure includes amortization, meaning it accounts for the cost of the vehicle as well.

Given that we’re focusing on comparative costs for ION stage 1, all numbers for 200 iXpress have been limited to the Kitchener-Waterloo portion only.

Our cost estimate for serving 20,000 passengers is $18.9 million. Spreadsheet.