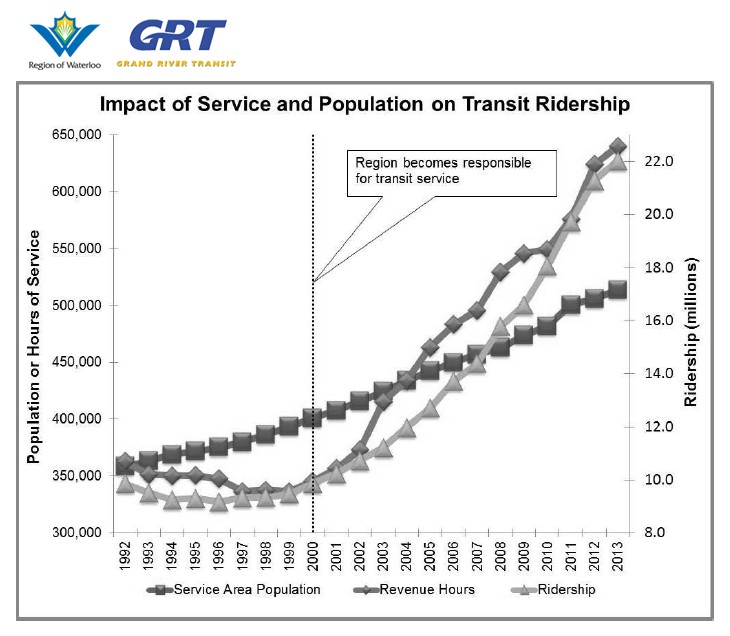 What’s more, there are currently 20,000 transit trips each day along the central corridor between the Fairview and Conestoga mall terminals. That number is closing in on ION’s initial daily target of 25,000 trips. Could we see another milestone achieved ahead of schedule?

Well, not so fast.

Last year, we learned how one third of peak period travel through the heart of uptown Waterloo is now on transit. On King St., we’re running out of room to add more buses without having them suffer serious operational problems as they bunch up and snarl traffic. And yet, the buses we have now are routinely reaching crush load and there are reports of would-be passengers left behind. 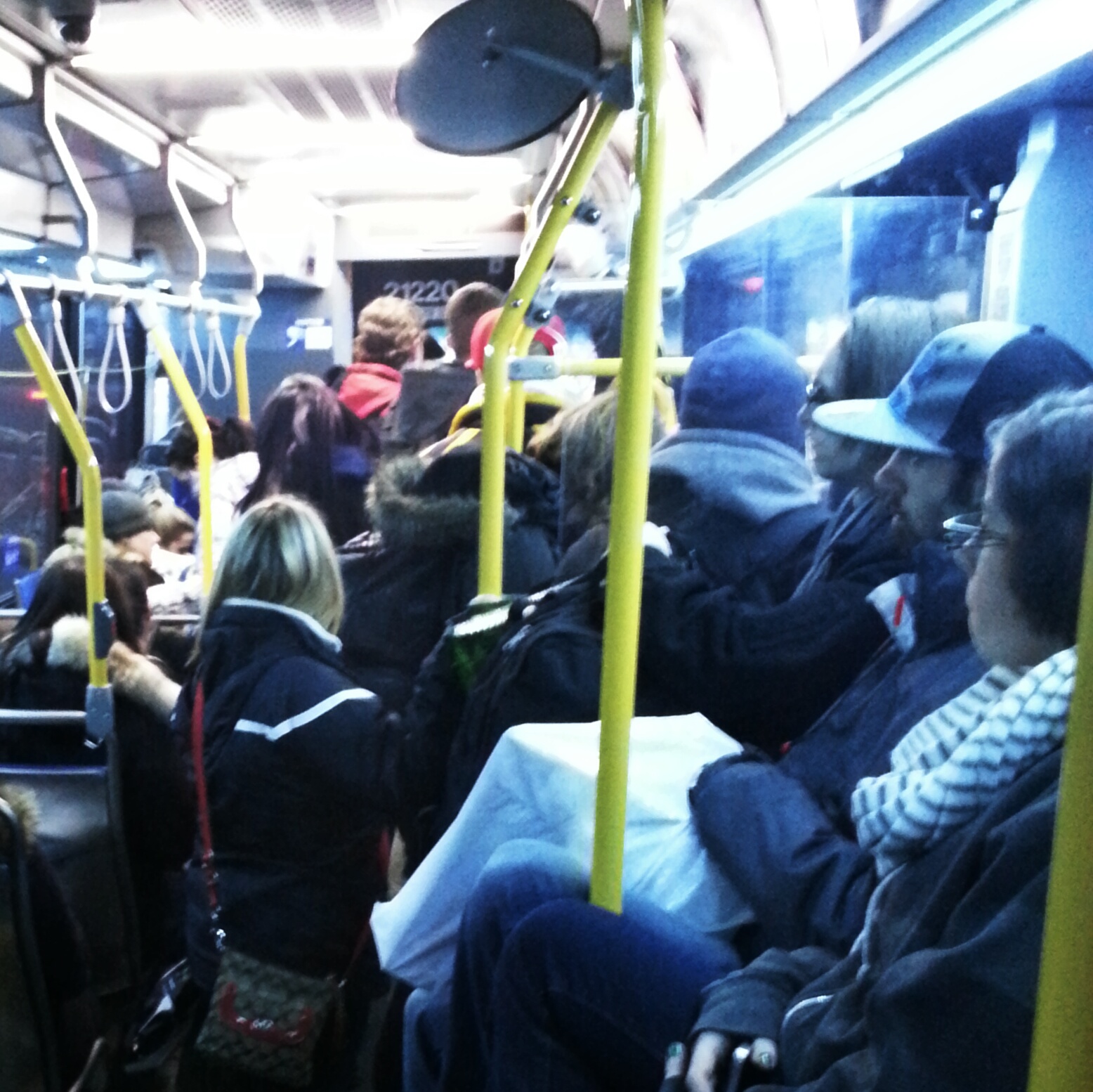 The new daily reality along route 7 and 200

What’s more, new crosstown iXpress lines are being introduced that will add more demand for travel along the spine of our region. The latest, the 202 University iXpress, blew through its four year target almost immediately after introduction. New additions will soon provide attractive transit to the Victoria/Highland corridor and Ottawa St. corridor. But if that central spine cannot handle the heavy lifting, these new arms won’t get much workout.

And that’s troubling, because as successful as GRT has been in the last ten years, it’s going to become very difficult for it to match that success without higher order transit.

The message is starting to get out, too. A recent Kitchener survey has shown that the top issue on people’s minds more than anything else is inadequate public transit and transportation. Further, 51% believe improving public transit should have top priority and another 34% support it as a secondary priority. 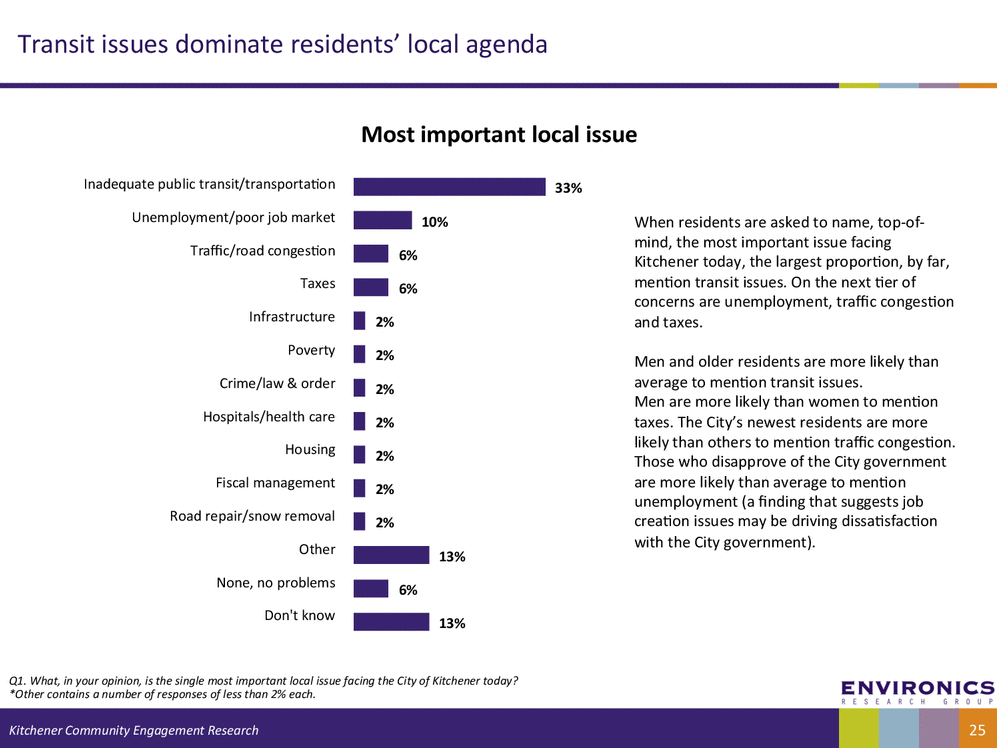 Our community has realized that we are running out of room to build more roads, and that we can’t afford to keep sprawl out further to handle new growth. Not everyone agrees on how to solve these challenges, but ION is a key part of the plan in place and the fundamentals for its success are all positive.

In March, council will vote to approve a project team to build Stage 1 of ION light rail in Kitchener and Waterloo. They deserve to hear you confirm your support. Please take a moment to contact your regional councilors, and let them know you support light rail.

And as we head to the polls in October, we must demand that our election hopefuls recognize the changes taking place, and to prepare themselves to carry on the work of shaping our growth in healthy, affordable ways. Otherwise we all may find ourselves left behind.