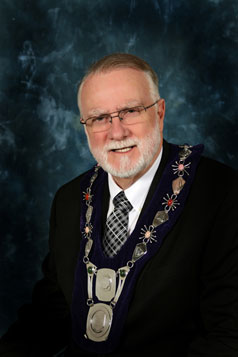 We at the Tri-Cities Transport Action Group would like to welcome Mayor Doug Craig of Cambridge back to the rapid transit planning process. It is unfortunate that Mayor Craig was, along with Councillors Galloway/Deutschmann and Regional Chair Ken Seiling, left out of the discussion and vote in 2011 after legal advice that there may be a conflict of interest.

Now that Mayor Craig has been given the all-clear to speak again, he is calling for regional council to order a staff report on how much it would cost to cancel the rapid transit project – which was approved by a strong majority of what remained of council in 2011. Mayor Zehr of Kitchener has called this “wrong-headed”. We would agree with him.

The fundamentals supporting LRT are the same (or better) than they were in 2011. In fact, regional growth projections have recently been raised to 742,000 in 2031, and 835,000 in 2041, as the Greater Golden Horseshoe’s population has expanded faster than projected. The need for Waterloo region to develop a meaningful and competitive transit network is greater than ever, and this goal depends on a fast, frequent, high-capacity rail service along our central corridor to both focus development, and to serve the demand created by it. The alternative nightmare hardly bears imagination: growing, unfocused traffic congestion across the entire region that will make intensification unmanageable, leading to continued sprawl, the destruction of our precious farmland, and massive infrastructure costs to support all those extra new neighbours, who, for lack of an attractive alternative, will not be on transit – but rather, in their cars.

Since its approval in 2011, the Rapid Transit Project has so far remained on time and on budget. Vehicles have been ordered, property acquired, utility work begun, and the process for picking a construction and operation partner are all well underway – adhering to the schedule laid out two years ago. Meanwhile, at a time where Mayor Craig, out of one side of his mouth, is arguing for the reduction of Regional Staff and further efficiencies in regional service delivery, he also proposes out of the other side to waste staff time and resources to learn what we already know: Cancelling or changing course now would cost tens of millions, if not hundreds of millions, of dollars – to get *nothing*.

Producing a report now, even for it to then see the Rapid Transit project proceed, would threaten the project’s timeline and lead to higher costs through wasted staff time and inflation. If the facts haven’t changed, and the project is well-managed and running smoothly, what possible justification does Craig have to discuss canceling it beyond his personal opposition to the project? One wonders why, if the project already has the votes even if Council were without conflicts of interest, a government-efficiency crusader such as Mayor Craig would go to the trouble of spending $5,000 in public money to get a legal opinion, nothing to say of how much of his own money he spent. Could it be, as some councillors are suggesting, about his re-election campaign as Mayor of Cambridge? Could it be that, as a lame duck in the debate for two years, he might have been facing strong opposition in 2014, and thus saw no other option but to dust off his armor and charge back into the absurd battle of refuting bygone votes and solid evidence?

We believe that a public official of Craig’s experience, skill and vision would be invaluable in ensuring the successful, well-managed execution of this project, delivering maximum value for everyone’s money, setting a solid example for the region, the province, and the country – to say nothing of improving the prospects of Cambridge starting LRT construction in 2017. Sadly, Mayor Craig’s goal seems to be that that we realize absolutely no value at all – but first, he’d like to know how much that nothing will cost.

Mayor Craig must not ignore reality: Regional Council has already decided that rapid transit with LRT is worth pursuing, and the fundamentals are the same or better than when the decision to do so was made in 2011. There is no reasonable purpose for revisiting this decision. Doing otherwise, pursuing the kind of wilful ignorance that has been so prevalent in Toronto since Rob Ford’s election in 2010, will lead to stagnancy and waste, and ultimately expose us to greater transportation costs. As Craig observes, in Toronto, “they’re cancelling things left and right.” But here in Waterloo region, there is little appetite for this brand of irresponsible governance and political grandstanding.

The majority of Regional Council continues to see the truth in this, but they need your support. Drop your Regional Councillor a friendly note (even a few kind words can do a lot for people who spend much time getting sworn at for all sorts of silly reasons.)

One thought on “The Return Of Douglas Craig”