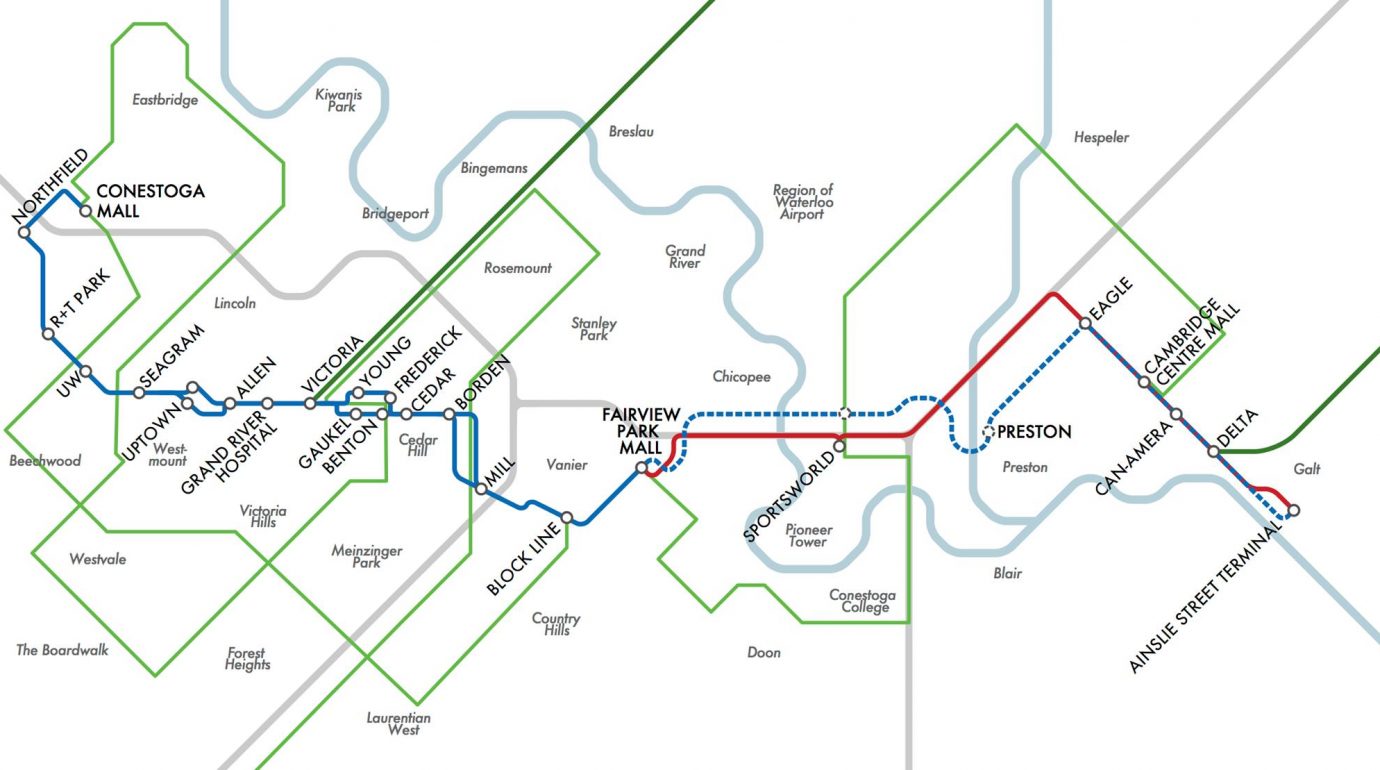 The Region of Waterloo has shown a vision for transit with the ION light rail project, but it has not been similarly willing to commit to a strong vision for the rest of the transit system. It’s about time Grand River Transit traded in its incrementalism for something stronger.

GRT has been doing incremental improvements to the network for the last few years, generally with the aim of a more grid-like network with faster, straighter routes. It’s a good direction and one that we support.

But the work has been in bits and pieces for several reasons. One is that GRT has been approaching the network redesign through adding new, streamlined service (primarily iXpress-branded routes), and then reorganizing other service in the area. This means that extra funds are needed to add said service, and that in turn means that changes have been stretched out over time to reduce the annual tax increment.

The other reason is that this painstaking redesign is being done by a small number of GRT planners who have not done large-scale transit network redesigns, and the annual scope is limited by their capacity.

The trouble with the incremental approach is that it’s hard to see the big picture for most everyone involved, in particular for the public and for their elected representatives. The benefits of the direction are a more understandable transit network that offers faster service and with more frequency along main corridors. However those are eventual benefits, and in a given year’s increment, the negatives can easily overshadow the positives. When a route is altered, those negatively affected will be upset, but we won’t hear from those who will discover and start using the new route. There’s an annual tax impact to these changes, and not a clear perception of the impact – making it more likely that the changes will be put off.

At this pace, when ION opens in 2018, the rest of the transit network will still be much the same as it had been a decade ago, rather than a network strong enough to be shown on maps together with the light rail line.

What’s missing is a vision for the GRT redesign – a frequent service network vision that the public can understand and get excited about. A map of understandable, fast routes that come every 12 minutes or better (for example) and can be depended on without worrying about schedules. Even if this isn’t a huge network to start, this provides something that can be marketed and that can gather public support.

And to implement that vision more rapidly, GRT should hire external transit planners to help redesign much bigger portions of the remaining system in time for LRT opening. This doesn’t require many more hours of transit service, it requires reallocating service; however doing so in the context of a vision will make it easier to gather the public support to avoid being mired in local issues along individual routes.

Take action: use our councillor contact form to ask the Region to commit to a frequent network vision for GRT.