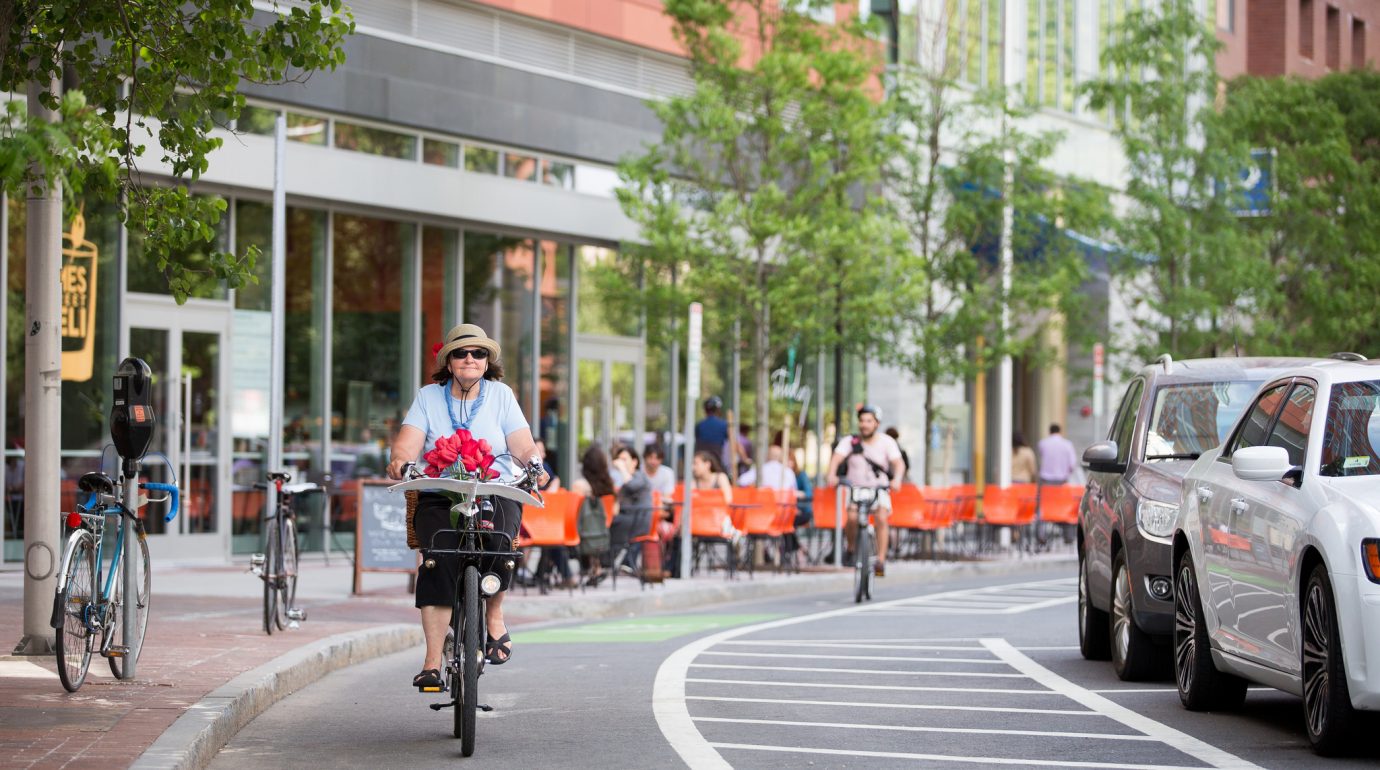 TriTAG sees itself as an organization focused on transportation issues. That’s not to say that we don’t have concern for environmental issues, but that we look at a wide range of benefits from improvements to how we get around, not just environmental – we’re also motivated by the impact transportation has on quality of life, public health, safety, social justice, economic growth, government spending, and even civic engagement.

All that said, we acknowledge the reality of global climate change, and our responsibility as a community to respond to it. World leaders have just adopted an agreement that will require sustained reductions in carbon emissions. Changes in transportation will play a role in how emissions are reduced, and walking, cycling, and transit can and should play a large role in that.

Transportation in Waterloo Region accounted for 1,467,858 tonnes of carbon emissions in 2010, or 40% of the Region’s total. The Regional Transportation Master Plan is anticipated to bring about 75,000 tonnes of emission reductions by the end of 2020, through the introduction of ION light rail and more iXpress bus routes. These changes are expected to increase transit ridership from about 5-6% today to 15-17% by 2031.

By comparison, the Region’s targets when it comes to active transportation are far more modest. (Even ‘wimpy’, according to the Easy Riders Cycling Club.) If the Region’s targets are met, it would only increase cycling mode share from 1% to 3% by 2031. From a climate perspective, this sort of change barely registers.

But cycling could play a much greater role in reducing emissions in Waterloo Region. A poll of Ontario residents last year showed that 67% would cycle more if their community had more and better cycling infrastructure.

Recently, the Institute for Transportation & Development Policy released a report showing how a significant shift toward cycling (‘high cycling shift’), both muscle- and electric- powered, could reduce transportation emissions 11% by 2050, compared to a baseline scenario with higher transit use alone. Such a shift would also free up $24 trillion dollars globally over the next 35 years in transportation and infrastructure costs, to say nothing of public health costs.

The model shows what would happen if Canada took a serious approach to enabling cycling as a transportation choice. Mode share could increase from about 1% today to around 10% by 2030 and 15 by 2050.

The report highlights the kinds of policies regions with low cycling rates like ours would need to adopt to get more people on bikes:

Rapid implementation, over the next five years, of high quality cycling networks, such as protected bike lanes and bicycle priority streets, spaced evenly roughly 1-2 km apart through cities (some folks call this a ‘minimum grid’). Our Active Transportation Master Plan can be considered a step in this direction, but would be far sparser in most areas than 1-2 km between routes, and leaves significant gaps. Worse still, many sections of this network will remain incomplete within the plan’s 10 year timeframe, though some gaps may be mitigated by city-level cycling networks.

Large scale roll-outs of bike sharing, with densely spaced stations. Community Access Bicycles provides some level of bike share access in Kitchener and Waterloo, but the system is inconvenient to use and has a very limited number of stations. Consequently, an estimated 80 CAB bikes were only used 1600 times over the entire 2015 season. Our municipalities will need to invest directly into a modern bike sharing system that is integrated with transportation planning in order to see bike sharing become a successful concept here.

Better laws that clarify right of way and responsibilities on the road, coupled with enforcement. Laws would need to give some priority to walking and cycling. Ontario recently enacted a 1 m passing rule, though it is yet to be seen how much impact this will have on road safety or cycling mode share.

Steps to reduce automotive use. Suggestions within our municipalities’ ability to do include pricing for parking based on demand, especially in tandem with reducing on-street parking to make room for bicycle infrastructure. By pricing parking appropriately, it not only does it ensure empty parking spaces are available to those who need them even as the number of spaces decrease, but  it also sends price signals that change people’s travel habits. The report also provides options like congestion pricing and charging for motor vehicle kilometres travelled (VKT), which are not currently things our municipalities have the power to do.

Encourage land use development within urban areas and near existing facilities for walking, cycling, and transit. This is one is an area in which our Region excels. In 2014, 62% of all new housing was built within existing urban boundaries, more than our 45% target or the 40% provincial mandate. A lot of this development is taking place along the ION light rail line. Our cities are conducting station area planning to ensure these areas grow and become more amenable to active transportation and transit use.

Adopt best practice design standards. Last year, Ontario Traffic Manual Book 18 was released. It contains many new and more protected cycling facility types that our local traffic planners and engineers may have previously been unfamiliar with. Book 18 may also contain some poor design recommendations, and staff may still often lack the experience to properly implement safe cycling design choices, but these guidelines open the opportunity for better cycling networks.

Reduce incentives for motor vehicle use. These include fuel and parking subsidies, or construction and expansion of urban highways. At a provincial level, while we’ve seen increased investment in transit, we’ve yet to see the other side of the equation change, as highway expansion continues unabated.

With the need for action on climate change, we can’t afford to overlook the opportunity that cycling provides to our Region. Not only will we be doing our part in the global fight against carbon emissions, but we’d make our community a healthier, more liveable place in the process.

2 thoughts on “Shifting gears for climate in Waterloo Region”